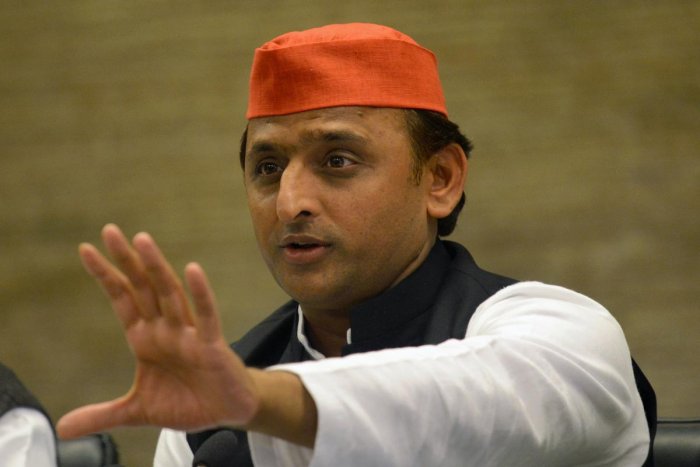 Samajwadi Party chief Akhilesh Yadav has said that regardless of his “immense respect” for Congress president Rahul Gandhi, the grand old party was kept out of the alliance between his party and Mayawati’s Bahujan Samaj Party in Uttar Pradesh to correct “poll mathematics” in order to defeat the Bharatiya Janata Party in the state, in this year’s Lok Sabha election.

Akhilesh Yadav has said that he has good relations with the party and would be “happy” if the next prime minister was from his home state.

When he was asked his party is open to the idea of working with the Congress after the election, Akhilesh said, “We can’t answer it right now. We will answer it after the elections. But I can say this much that the country wants a new prime minister and it will have one after the general election.” Yadav said this to PTI during the Mamata Banerjee called United India opposition rally in Kolkata, on Saturday.

Yadav said, “If you take out the number of seats in Uttar Pradesh, you will notice that the BJP government doesn’t have the majority. BJP keeps talking about social engineering. So, I also decided to correct my poll arithmetic and did it through this alliance.

• Christian Michel says ‘Rakesh Asthana met me, threatened to make my life hell’
• Dutee Chand says being in a same-sex relationship is a personal choice, will not bow down to family
• ‘No speech, no campaign; Congress loses votes if I speak’, Digvijaya Singh says
• Sonia Gandhi assails Narendra Modi with ‘bluff and bluster’ jibe
• In Telangana, Amit Shah says ‘KCR is afraid of Modi’