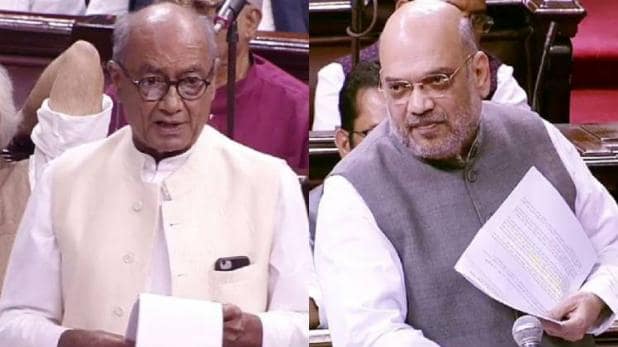 As Singh argued against the bill, which seeks to empower central government to designate individuals suspected to have terror links as terrorists, in the Rajya Sabha while warning against its misuse by government agencies, Amit Shah said, “What happened during emergency? All media was banned, all opposition leaders were jailed. There was no democracy for 19 months, and you are accusing us of misusing laws? Kindly look at your past.”

Shah added, “Digvijaya Singh ji seems angry, it is natural, he just lost elections ... he said in three cases of NIA (National Investigation Agency) no one was punished. I will tell you why, because earlier in these cases, there was political vendetta and an attempt was made to link a particular religion to terror.”