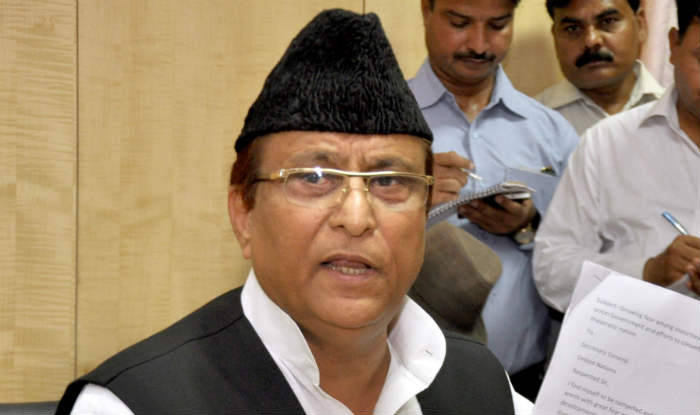 Samajwadi Party senior leader Azam Khan, on Wednesday, said that the Muslim community in Uttar Pradesh’s Rampur have been deprived of their voting rights. However, he didn’t take the community’s name directly.

Khan, who is also the MP from Rampur, while talking to reporters after offering Eid-ul-Fitr prayers at a Rampur mosque, said, “The government and the administration tried to disturb the atmosphere of Rampur. The (Lok Sabha) election was conducted under tension here. Several people were deprived of their voting rights. Police had beaten people of one community by entering their houses … even females were beaten up.”

Khan further said, “Five days ago, all shops of one community (read Muslim) were vandalized near (Rampur’s) Urdu Gate. Their (the shopkeepers’) wives and children kept begging them to stop for at least four days so that they can celebrate Eid, however, those cruel people did not listen and rendered them jobless. We are witnessing such days now ... This is the freedom of Hindustan.”

• Rahul Gandhi says Narendra Modi ‘doesn’t seem to think a job crisis exists’
• After Pulwama terror attack, Captain Amarinder Singh says ‘time for peace talks over, time to give befitting reply’
• Amit Shah says BJP wants Ram temple at ‘exact spot’ in Ayodhya
• Priyanka Gandhi compares Narendra Modi to Mahabharata’s Duryodhana, Amit Shah says ‘we will know who is Arjuna’ on May 23
• Jaya Prada says ‘Amar Singh is my godfather, people will talk about us even if I tie rakhi to him’