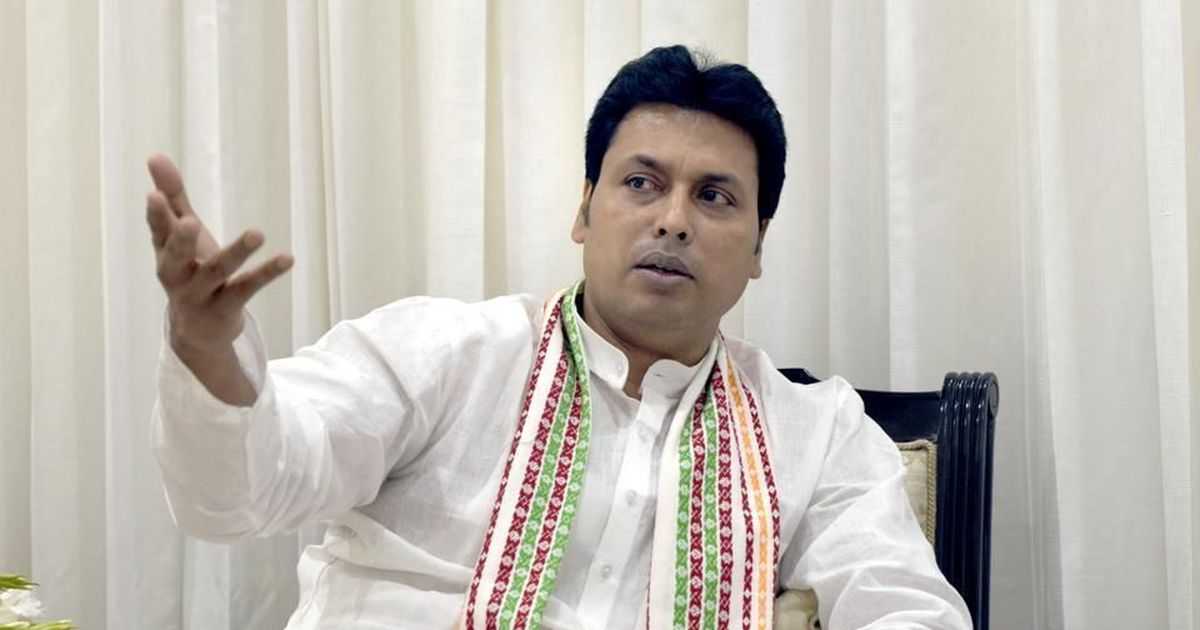 Tripura chief minister Biplab Kumar Deb, on Saturday, has made a statement on Prime Minster Narendra Modi’s family. This was his latest in a long line of controversial statements Deb made after becoming the chief minister of his state.

According to media reports, Deb made a statement on September 29, when he went to an event to commemorate the “Surgical Strike Day” – the second anniversary of the India Army’s “surgical strike” on terror launch pads across the line of control (LOC) in Pakistan-occupied Kashmir.

Deb said, “Modi has an old mother who lives in a 10 x 12 room, but she does not stay at the prime minister's official house. One brother runs a grocery shop, and another brother drives an autorickshaw. Tell me is there any prime minister like this in the world?” Deb further continued, “Modi belongs to a ‘poor family’ and soon Tripura will become a ‘model state’ in the next three years.”

The 48-year-old BJP leader is known to make controversial statements and comments inviting criticism. Earlier in August, Deb said he would distribute 50,000 white ducklings to fishermen claiming that their (ducks) swimming would raise oxygen levels in the water and would be beneficial for fish in breathing.

In May, Deb had claimed that Rabindranath Tagore had “rejected his Nobel prize” in protest against the British government. Deb had also drawn ridicule on social media when he had claimed that “the internet was invented during the time of the Mahabharata.”