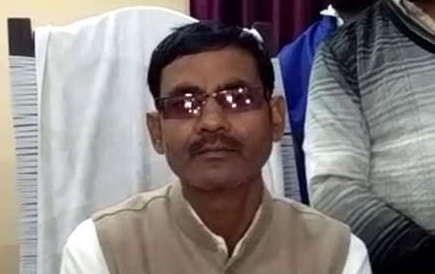 Vikram Singh Saini, the controversial BJP MLA from Muzaffarnagar’s Khatauli, on Tuesday, sparked yet another row after he said the party workers were “excited” because they will now be able to get married to “fair girls from Kashmir”.

Saini, in an event in Khatauli, said, “The workers are very excited and those who are bachelors, they can get married there. There is no issue now. Earlier, there was lot of atrocities on women. If a woman from there [Kashmir] got married to a man from Uttar Pradesh, her citizenship would be revoked. There was different citizenship for India and Kashmir. And the Muslim workers should celebrate here. Get married there. To a fair Kashmiri girl. There should be celebrations. Everyone should celebrate … Be it Hindu or Muslims. This is something the entire country should be celebrating.”

In January, Saini courted controversy when he targeted the Muslim community by saying those who feel unsafe in India should be bombed.