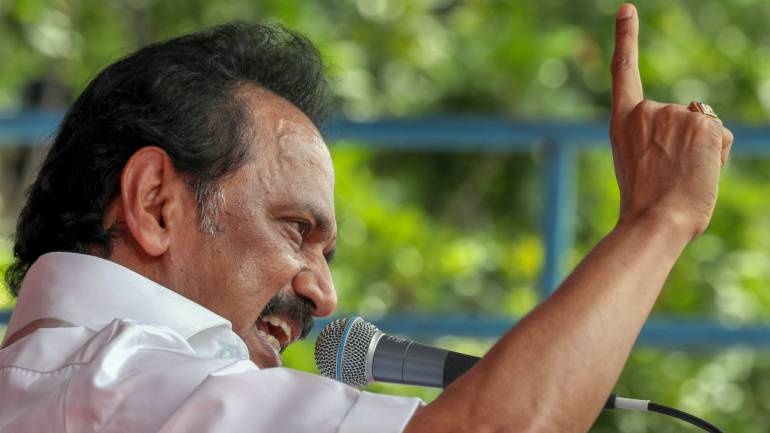 The chief of DMK, MK Stalin, on Sunday, proposed the name of the Congress president, Rahul Gandhi, as the opposition’s prime ministerial candidate for the Lok Sabha election 2019. He put forward Gandhi’s name while addressing a gathering at the party’s headquarters, “Ana Arivalayam”, in Chennai.

While proposing Gandhi’s name as PM for 2019 polls, Stalin also urged all political parties to join forces to defeat the “fascist” Narendra Modi government and to support Gandhi against him. He said, “We will instal a new prime minister in Delhi (after 2019 Lok Sabha election). I propose the candidature of Rahul Gandhi from Tamil Nadu. He has got the ability to defeat the fascist Modi government.”

Criticizing and slamming the Modi government, Stalin said, “In the five years of Prime Minister Modi’s rule, the country has gone 15 years backwards. If we give another chance to him, surely the country will go 50 years backwards. Modi is behaving like a monarch, that’s why we have all come together to safeguard democracy and country.”