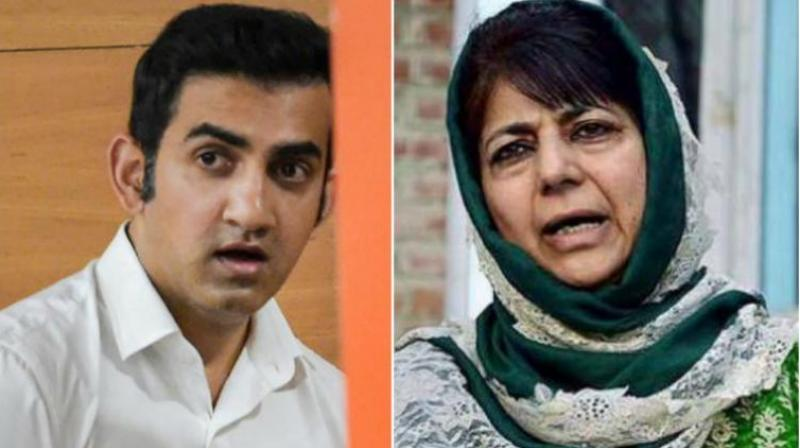 Mufti, in a tweet, said the home minister was ridiculously naïve if he thought he could bring a solution to the Kashmir issue through a “quick fix” using “brute force”.

Since 1947, Kashmir’s been looked through the prism of security by successive governments. It’s a political problem that needs a political redressal by involving all stakeholders inc Pak.Expecting a quick fix through brute force by newly appointed HM is ridiculously naive

Reacting to this, Gambhir, tagging Mufti, tweeted to term Amit Shah’s “process” (for a solution to Kashmir) as “brute” is “ridiculously naïve” and if “oppression ensures security for India”, it is acceptable.

While I am all for a talk-based solution to Kashmir problem but for @mehboobamufti to term Shri @AmitShah’s process as “brute” is “ridiculously naive”. History has been witness to our patience and endurance. But if oppression ensures security for my people, then so be it.

Gambhir and Mufti had been in a Twitter spat earlier as well.