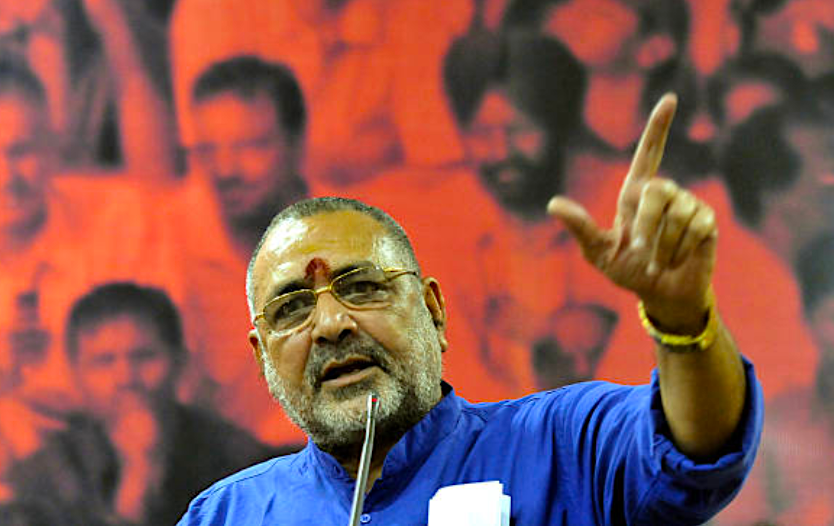 Union minister and BJP MP from Begusarai Giriraj Singh waded into yet another controversy when he posted photographs of iftar parties hosted by Bihar political allies, including Nitish Kumar and Ram Vilas Paswan, on Twitter and said why such events were not organized on Navratri.

Posting photos of Bihar chief minister and JD(U) supremo Nitish Kumar, Bihar BJP leader and deputy CM Sushil Modi and LJP chief and Union minister Ram Vilas Paswan at iftar parties in Patna, Singh said: “What a beautiful picture it would have been if they had organized a fruit meal during Navratri with the same zeal and taken beautiful photographs. Why do we lag behind in observing our own religious customs and take the lead in showing off?”