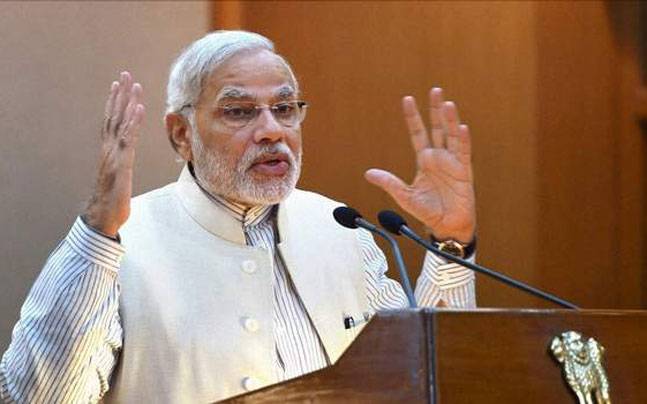 Continuing with his attack against the Congress for “misleading the farmers” and “unrealistic promises” for votes, Prime Minister Narendra Modi, on Saturday, while addressing a public gathering in Ghazipur pointed out that Congress in some states had promised loan waivers but handed out lollipops to them. Modi said “only a small number” of loans were waived in Karnataka.

Modi said that the Congress was a “factory of lollipops” and can’t be trusted.

He said, “Congress overturned the governments in Madhya Pradesh and Chhattisgarh, but farmers are already facing the brunt of it as they have to stand in long queues to get urea. Even in Karnataka, Congress made a backstage entry and established a government there. They gave lollipops to people in terms of assurances and promised loan waiver but only 800 people got their loan waived. How can you trust these lollipop companies?”

The prime minister also said, “permanent solution” to the country’s perennial problems cannot be solved by the decisions taken for immediate benefits.