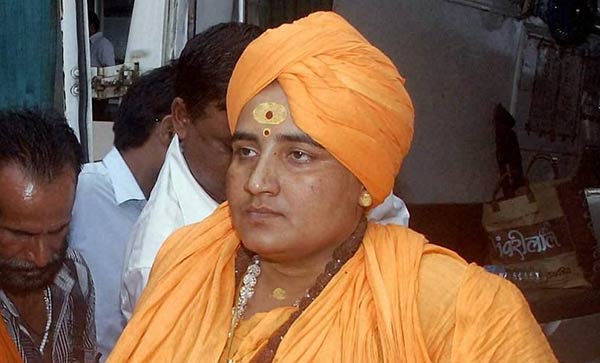 Sadhvi Pragya Singh Thakur, an accused in the 2008 Malegaon blasts case and the Bharatiya Janata Party Lok Sabha candidate from Bhopal constituency, claimed that former Mumbai anti-terrorist squad chief Hemant Karkare lost his life because she had cursed him.

Mumbai anti-terror squad chief Hemant Karkare was leading the investigation in the Malegaon blasts case, in which 10 people were killed and over a 100 were injured. Prime suspect Pragya Singh Thakur was interrogated by Karkare after her arrest. Later, Thakur alleged that Karkare had tortured her in custody.

Thakur said, “I called Hemant Karkare and asked him to let me go if there no evidence (against me). He (Karkare) said that he will bring evidence but will not leave me. I told him ‘you will be ruined.’”

Hemant Karkare was killed during the 26/11 Mumbai terror attacks, in 2008, which remains the biggest terrorist attack in India.