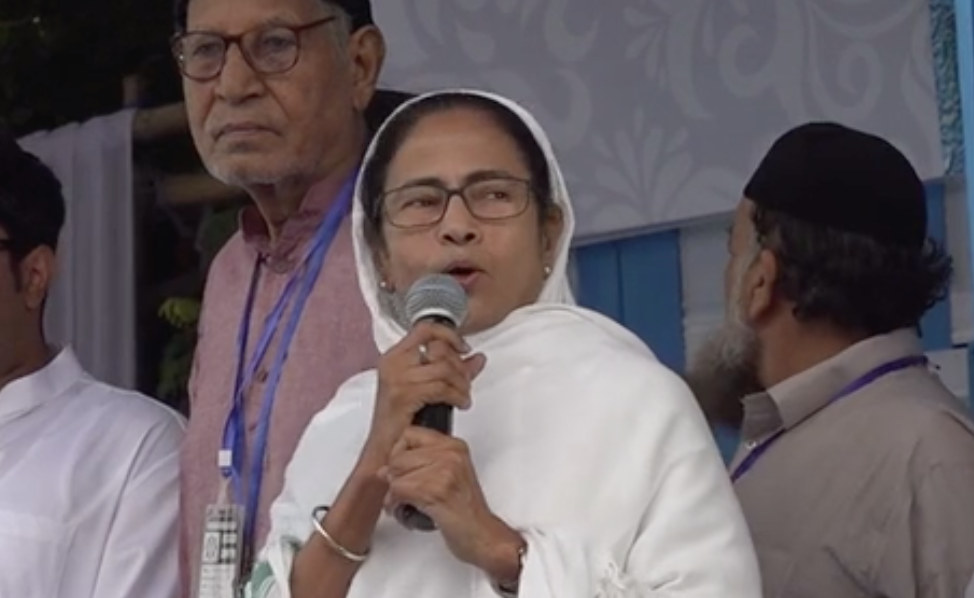 After losing a substantial amount of her turf in West Bengal to the BJP in the recently concluded Lok Sabha election, state chief minister and Trinamool Congress leader Mamata Banerjee conveyed a sharp political message with her Eid greetings.

Banerjee, while conveying her Eid message to a gathering in Kolkata’s Red Road, on Wednesday, said, “Hindus stand for renunciation (tyaag), Muslims for integrity (imaan), Christians for love (pyaar) and Sikhs for sacrifice (balidan). This is our beloved Hindustan and we will protect it.”

She then said, “Jo humse takraega wo choor choor ho jaega. (Whoever messes with us will be destroyed). That is our slogan.”

Later, a video of Banerjee’s speech was posted on her Facebook page: