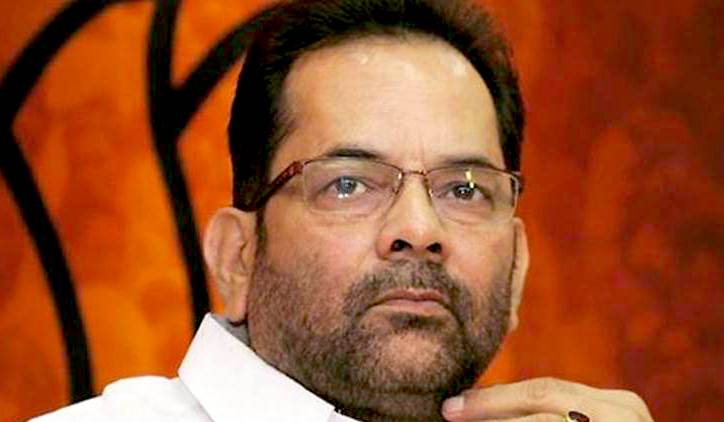 In a reaction to a statement by the Organization of Islamic Cooperation and criticism by some eminent people in the Gulf on “Islamophobia” in India, the Union minority affairs minister, Mukhtar Abbas Naqvi, said India is “heaven for Muslims”.

Talking to reporters, on Tuesday, Naqvi said, “We are doing our job with conviction. Whenever the prime minister (Narendra Modi) speaks, he talks about the rights and welfare of 130 crore Indians. If somebody can’t see this, then it is their problem. India’s Muslims, its minorities, all its sections of the society, are prosperous and the people who are trying to vitiate this atmosphere of prosperity can’t be friends of Indian Muslims.”

Naqvi further said, “India is a heaven for Muslims and minorities. If somebody is saying something with a prejudiced mindset, then he should look at the ground reality of this country and accept it.”

On Sunday, the OIC had issued a statement condemning the recent and alarming rise in violence against Muslims in India and urged New Delhi to take urgent steps to protect the rights of the minority Muslim community in the country. Recently, many eminent personalities in the Gulf, including members of royal families, voiced their concerns on the issue of rising hate against Muslims in India, in which they also warned Indian expats in the Gulf of fine and deportation if they indulged in online hatemongering.

This comes in the wake of the right-wing’s vilification and targeting of the Muslim community in India by linking them with spread of the new coronavirus, Covid-19, following the discovery of a cluster of Covid-19 infection among those who attended a religious gathering of the Tablighi Jamaat in New Delhi, in March.

• Mamata Banerjee stinging reply to Narendra Modi: ‘Will give rosogollas and gifts but no votes’
• In Kerala, Congress’s Mullappally Ramachandran says CPM has to ‘shed politics of violence if it wants to join hands to fight fascism’
• Narendra Modi says ‘Imran Khan told me he is son of a pathan, now it’s time for him to prove it’
• Vijay Mallaya lashes out at Narendra Modi again, says ‘who does one believe?’
• Ajit Jogi says a BSP-JCC win will see ‘Mayawati as PM’ and him as ‘Chhattisgarh CM’