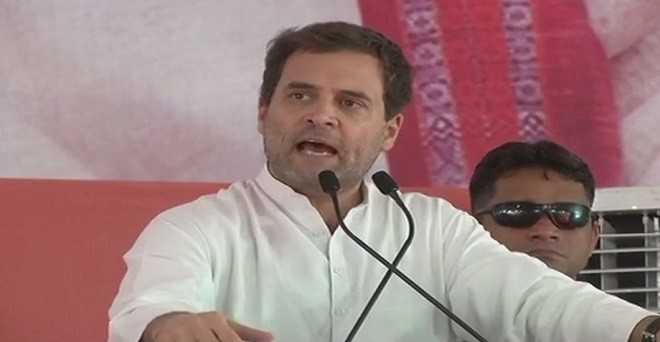 In a public rally in Dungarpur district of Rajasthan, Congress president Rahul Gandhi called Prime Minister Narendra Modi a thief while alleging that the Rafale warplane deal that the prime minister signed with France’s Dassault Aviation was a “scam”.

Addressing the people in rally, on Thursday, the Congress chief sloganeered in Hindi: “Gali, gali mein shor hain, desh ka chowkidar chor hain,”, which roughly translates to: “People in lanes and bylanes are shouting the country’s watchman is a thief.”

During his 2014 Lok Sabha election campaign, Modi had said he will keep a watch on national wealth like a “chowkidar” (watchman) and won’t let anyone steal it. Gandhi used the “chowkidar” metaphor to attack Modi.