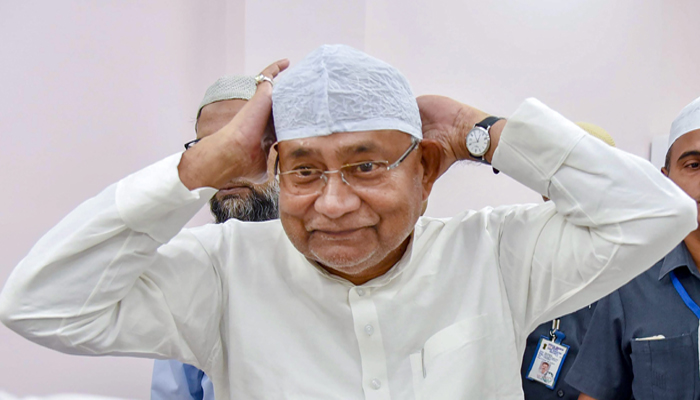 Bihar chief minister Nitish Kumar, on Wednesday, took a jibe at Union minister and BJP MP from Begusarai Giriraj Singh and said those who give unnecessary statements to remain in limelight have no religion.

Wearing a skullcap, Kumar, while talking to reporters in Patna after joining Muslims to offer prayers at a mosque on the occasion of Eid-ul-Fitr, said, “Giriraj … I react to anything to what he said. Some people have developed a habit to say unnecessary things to remain in the limelight to get media coverage ... such people have no religion as every religion preaches respect and love for each other.”

Giriraj Singh, on Tuesday, took a pot-shot on NDA allies, including Nitish Kumar and Ram Vilas Paswan, by posting their photos of iftar party on Twitter and said why such events are not organized on Navratri.

Giriraj Singh is known for his communal remarks and have often called for sending people, who don’t agree with his party’s Hindutva views, to Pakistan.