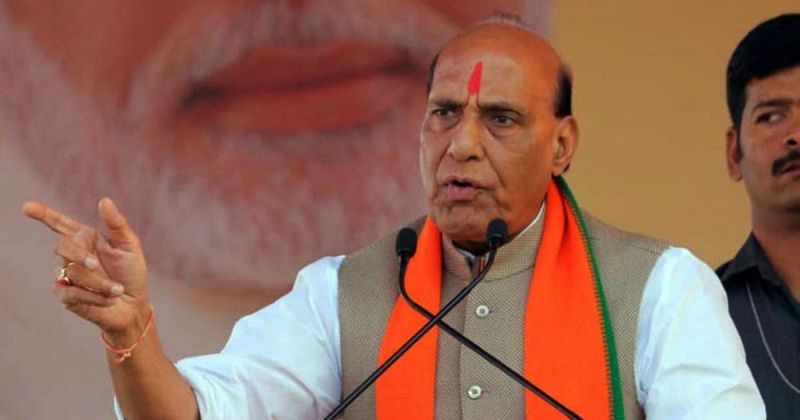 The defence minister, Rajnath Singh, on Sunday, suggested that bilateral talks between India and Pakistan on Kashmir would happen on Pakistan-occupied Kashmir – the territory under Pakistan’s control since it tried to invade Jammu & Kashmir and annex it in 1948.

India recently diluted Article 370 of the Constitution to do away with Article 35A, which gave special status to Kashmir. This move drew sharp reaction from Pakistan, which is trying to bring international attention towards it.

While addressing a public meeting in Kalka, Haryana, Singh said, “If talks are held with Pakistan, it will now be on POK.” The assembly election in Haryana will take place in October.

Singh’s comments came days after he said that India reserves the right to revoke its “no first use” pledge of its nuclear weapons – the cornerstone of its nuclear-weapons policy for decades.

• Former CEC SY Quraishi says ‘NOTA won’t have consequences on poll results’
• Rajnath Singh says he has ‘no objection’ to have Jammu & Kashmir assembly election along with 2019 Lok Sabha election
• Prakash Raj says ‘I won’t join any party, I want to be the voice of the people’
• Arun Jaitley says it’s possible to run India with honest government
• Narendra Modi in a ‘Main bhi Chowkidar’ event: Pakistan will die its own death