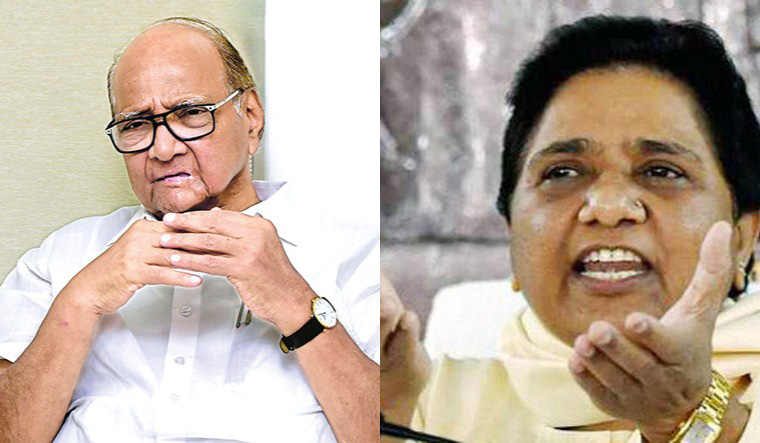 The Shiv Sena, on Friday, claimed Nationalist Congress Party chief Sharad Pawar and Bahujan Samaj Party president Mayawati’s opting out of the Lok Sabha polls is an indication of a certain victory of National Democratic Alliance.

In the Sena editorial Saamana, the NDA constituent said, “Along with Sharad Pawar, Mayawati too has decided not to contest Lok Sabha polls, the importance of which is that they are out of the prime ministerial race,” and added, “Pawar is trying to unite the entire Opposition but couldn’t bring his own family and party members on the same page and therefore had to opt out.”

Reasoning’s Mayawati’s withdrawal, it said, “In 2014, Dalits and Yadavs had voted heavily for Modi and not a single candidate of Mayawati could win. This scare haunts her even today. Priyanka’s ‘tourism’ visits are getting a good response and there is a fear in Mayawati that the Congress leader will spoil her prospects from wherever she decides to contest.”

• Moon Moon Sen feigns ignorance over Asansol clashes, says ‘they served bed tea very late, so woke up very late’
• Jyotiraditya Scindia says ‘BJP should look within before slandering, it has many dynasts’
• Targeting Congress, Narendra Modi says ‘no Quattrocchi mama or Michel uncle in NDA’s Rafale deal’
• Varun Gandhi says minority community’s votes are a blessing for him
• Mohan Bhagwat says ‘only a Ram temple would be built at Ayodhya’