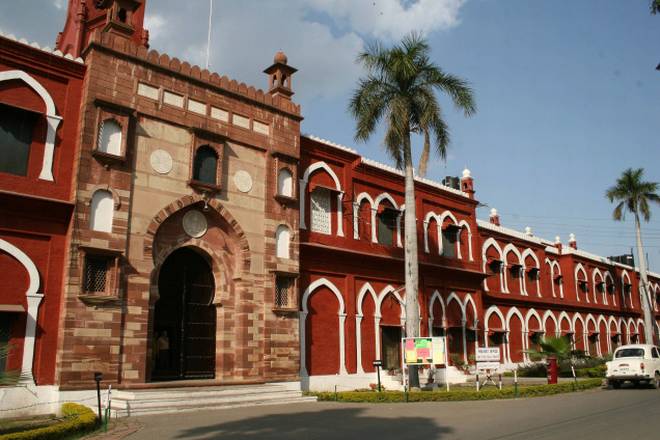 New Delhi: Fourteen students of Aligarh Muslim University were booked on charges of sedition after two groups of students clashed on campus. Police, on Wednesday, said the clashes followed a protest against an alleged attack on a visiting news crew from Republic TV, which went there to cover a scheduled visit by AIMIM leader and Hyderabad MP Asaduddin Owaisi.

Talking to reporters, Ashutosh Dwivedi, superintendent of police, said, “Two student groups clashed on the university campus and one of them sat on dharna seeking action against those who attacked them. However, the other group alleged that some outsiders were participating in the agitation and should be removed. On this, the clash erupted. … Firing also took place and a bullet hit the car of Bharatiya Janata Yuva Morcha (district) president, Mukesh Lodhi, who lodged an FIR against a dozen people, including office bearers of the Aligarh Muslim University Students’ Union and other students.”

A complaint of alleged assault was filed by an Akhil Bharatiya Vidyarthi Parishad member, which triggered a “boycott class” call. ABVP activists alleged that they were beaten up near the Faiz Gate and a motorcycle, belonging to one of them, was set on fire.

Complaints were lodged at the Civil Lines police station, by both the AMU authorities and the TV channel crew. While media persons claimed they were roughed up by some students and their camera was smashed, an AMU spokesperson said the channel had not sought permission from authorities for live coverage.