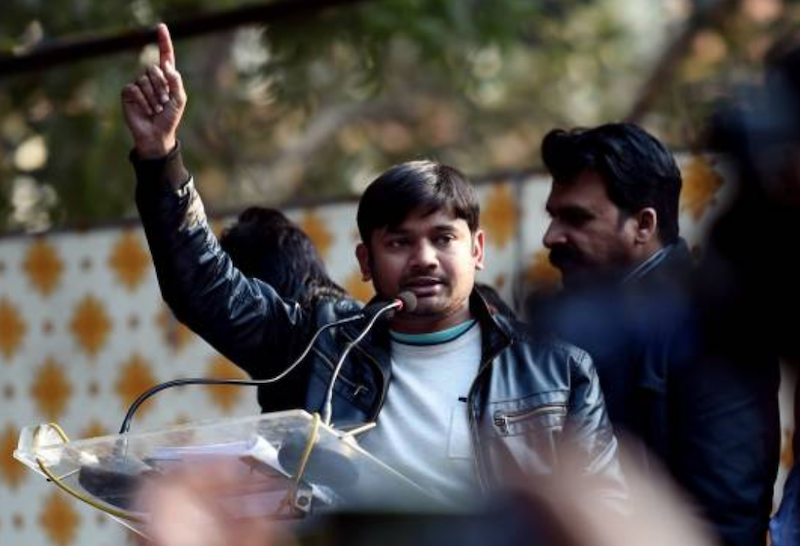 New Delhi: The Communist Party of India, on Thursday, has declared its first list of 15 candidates for the Lok Sabha election. However, Kanhaiya Kumar, the former Jawaharlal Nehru University Student Union leader, was not included in the list. It is learned that the Left party has instead asked the Rashtriya Janata Dal to nominate Kumar from the Begusarai.

There were reports that the CPI was in the talks with the RJD for seat-sharing in Bihar. The RJD chief, Lalu Prasad Yadav, is reportedly against giving seat to Kanhaiya Kumar, citing that his bhumihar caste will not go down well with his yadav-based party. The CPI has declared that it has identified 53 seats to contest in 24 states in general election.

CPI leader D Raja, while confirming that the talk with the RJD are ongoing, has indicated that if the RJD doesn’t agree to the demand placed by the CPI to give Begusarai seat to its candidate Kanhaiya Kumar, the CPI will have to decide the next step.

Talking to reporters, Raja said, “Our talks with the RJD are ongoing and we will take a call on Kanhaiya Kumar once those are finalized. Both the state and local units have identified a seat for him, and we have to see how the talks with RJD pan out.”

The CPI has declared names of candidates for states including Kerala, Chhattisgarh, Himachal Pradesh, Jammu, Karnataka, Maharashtra, Manipur, Odisha and Rajasthan. It has also formed an election manifesto committee.