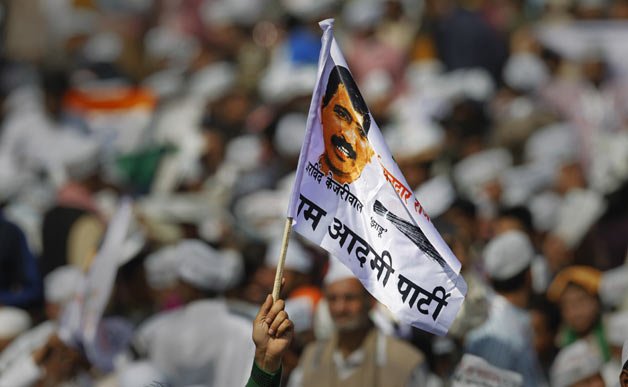 New Delhi: The AAP seems to have conceded that he has suffered losses in Delhi in the Lok Sabha election. Delhi chief minister and Aam Aadmi Party chief Arvind Kejriwal told Indian Express that Delhi’s Muslim vote “shifted” to the Congress at the last minute before the polling started.

On being asked about the seats he would get in the capital, Kejriwal said, “Until 48 hours before polling, it seemed like all seven seats will come to AAP. But at the last moment, the complete Muslim vote got shifted to Congress. We are trying to figure out what happened.”

The national capital has experienced a very low turnout this year, reflecting lack of enthusiasm among voters to change the incumbent MPs.

On being questioned if the party will field the same faces in the upcoming assembly election, he said, “Let us see. We will assess everyone’s performance.” Kejriwal said this while campaigning in Punjab’s Rajpura for the Lok Sabha election.

On the outcome of Lok Sabha poll 2019, the AAP leader said, “If they do not tamper with the EVMs, Modi ji should not come back … but I do not know whether they would do it or not.”

Over past few weeks Congress and AAP had been in talks for an alliance but the talks fell apart after disagreement over seat-sharing in Punjab and Haryana.