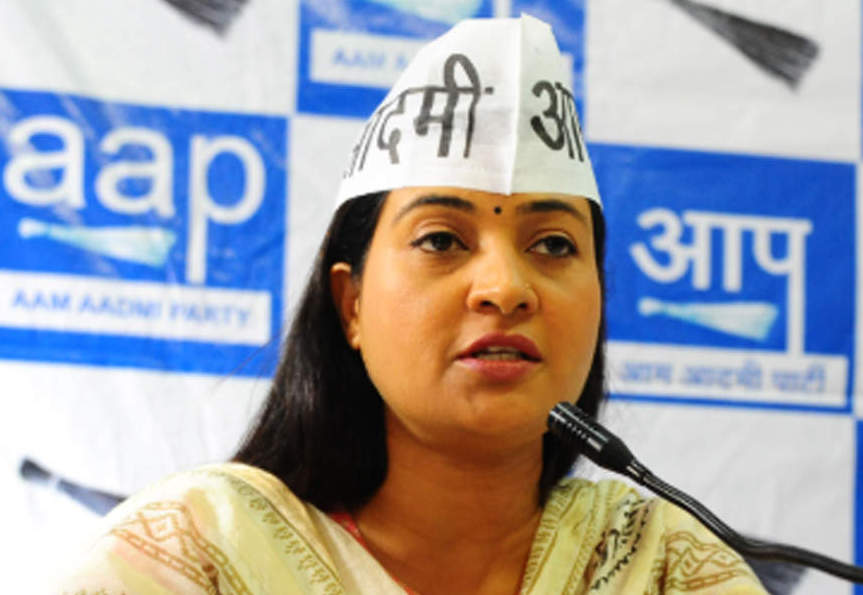 New Delhi : Two legislators of the ruling Aam Aadmi Party proposed a resolution, on Friday, in the Delhi legislative assembly asking the Centre to withdraw the Bharat Ratna conferred upon former Prime Minister Rajiv Gandhi because of the anti-Sikh riots, in which thousands of Sikhs were killed in Delhi. However, this has put the AAP in a spot as some party members protested this move.

As soon as the resolution was tabled, AAP MLA Alka Lamba walked out of the house. Later, the party demanded her resignation and according to news reports, AAP also cancelled her primary membership from the party.

Reacting to this, Lamba said, “I did not support this resolution (to seek the withdrawn of Rajiv Gandhi’s Bharat Ratna). When they (AAP members) presented tabled this resolution in the assembly, I came out of the house. Later, when I got information about the passage of this resolution, I spoke to AAP convener Arvind Kejriwal on this.”

Lamba said, “Kejriwal has asked me to resign from the legislative post. Therefore, I am going to resign following the party chief’s order.”