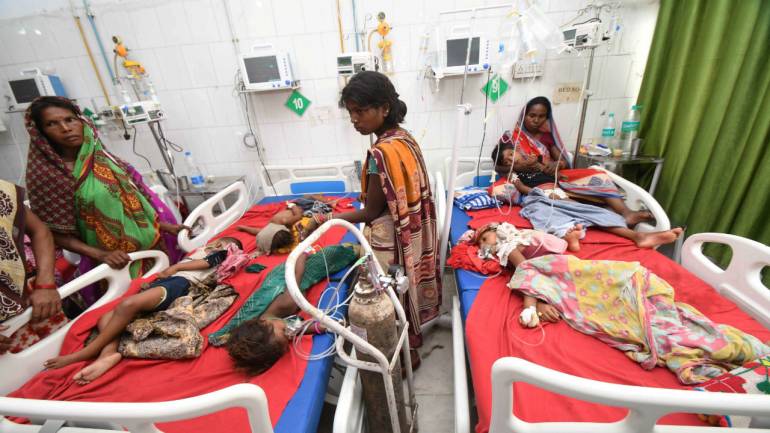 Children suffering with AES in Muzaffarpur.

New Delhi: The death toll due to acute encephalitis syndrome has climbed to 126 in Bihar’s Muzaffarpur. While the rising number of deaths have underscored the continued unpreparedness of the state health infrastructure to tackle the disease, doctors admit that lack of knowledge about AES continues to be the biggest stumbling block on the ground.

World Health Organization defined AES, in 2008, as a person of any age, at any time of the year, who has an acute onset of fever and a change in mental status – with symptoms ranging from confusion, disorientation, coma or the inability to talk.

Research has indicated Japanese encephalitis, the most common form of the disease worldwide with an estimated 15,000 deaths annually, has traditionally been the most important cause of AES in India.

In Bihar, the Directorate of Health Services said that JE virus has caused only two of the total AES cases this year (the total cases were 342). AES could also be caused by infections ranging from scrub typhus, dengue, mumps, measles or even nipah or zika virus. However, the cause for the outbreak in Muzaffarpur is so far unidentified.