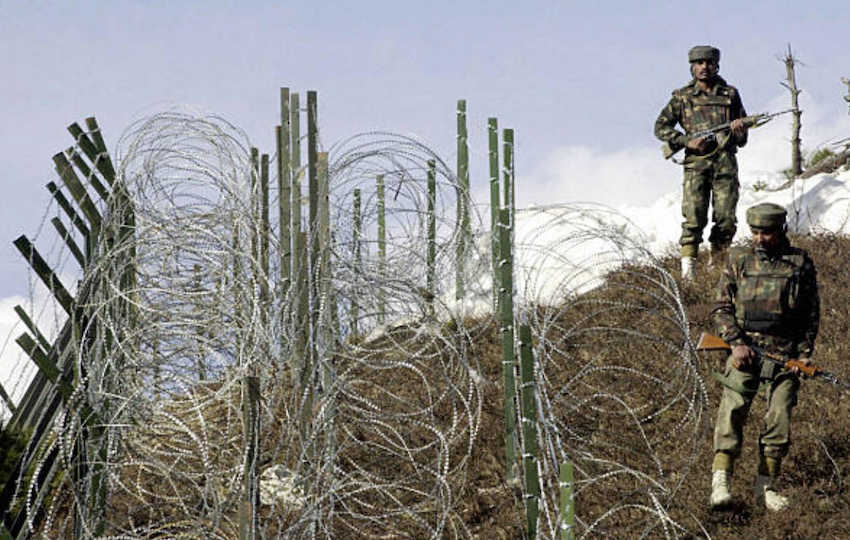 Indian soldiers patrolling along the line of control in Kashmir.

New Delhi: Hours after the Indian Air Force carried out air strikes against terror camps in Balakot and elsewhere inside Pakistan, the country initiated unprovoked ceasefire violation by shelling with heavy-calibre weapons at 12 to 15 places along the line of control from 6.30pm onwards, on Tuesday, according to Indian officials. The Indian Army retaliated with full force, which destroyed five Pakistani posts.

Meanwhile, two Jaish-e-Muhammad terrorists were killed in an encounter in Shopian, on Wednesday.