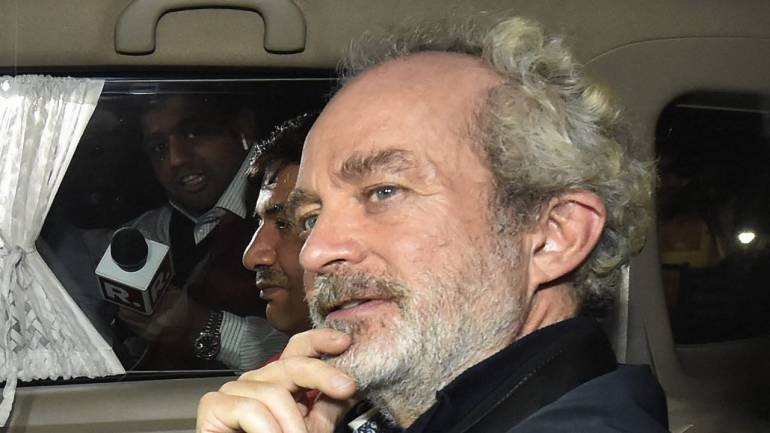 New Delhi: Christian Michel, an alleged middleman in the Rs 3,600 crore AgustaWestland VVIP chopper scam, has been sent to a five-day Central Bureau of Investigation custody by a Delhi court, on Wednesday. Michel was extradited to India from Dubai, from where he was flown to New Delhi on Tuesday night.

Michel, along with Guido Haschke and Carlo Gerosa is accused of swinging the contract in favor of AgustaWestland by paying bribes to officials and politicians.

The CBI has asked for custody of Michel to confront him with the evidence. Michel’s advocate, Aljo Joseph, has filed a bail plea on behalf of Michel and the hearing on the bail application is due in the next hearing. Meanwhile, the CBI has allowed Joseph to meet his client for one hour in the morning and in the evening in a day.

The extradition of Michel to India by UAE months ahead of the 2019 Lok Sabha election is seen as a political headache for the Congress party. The alleged scam was took place during the Congress-led UPA government.

While defending their stand on the issue, Congress chief spokesman Randeep Surjewala said, “The Congress government had investigated the AgustaWestland company, blacklisted it and recovered money from the company. When Modi ji came, he protected, benefited and lifted the company off the blacklist.”

Meanwhile, as a result of ongoing development in the case, Michel’s advocate Aljo Joseph who was also in charge of national Youth Congress’s legal department, has been removed from his post and also from the party.

Indian Youth Congress spokesman Amrish Ranjan Pandey said, “Aljo K Joseph appeared in his personal capacity. He didn’t consult Youth Congress before appearing in the case. IYC does NOT endorse such actions. IYC has removed Aljo Joseph from IYC’s legal department and expelled him from the party with immediate effect.”

Joseph, in his defence said that his profession and relation with the Congress are separate. “I’m an actively practising advocate. I appeared for him (Michel) in my professional capacity. If somebody asks me to appear on behalf of a client, I’ve only discharged my duty as a lawyer. It has nothing to do with Congress,” he said.

He has also clarified that he is just helping and assisting Michel in this case as his lawyer in Italy had requested Joseph to take up the case.

The CBI has filed a chargesheet against Michel on September 1, 2017. The agency has also named Air Marshal JS Gujral (retired) and former Indian Air Force chief Air Chief Marshal SP Tyagi along with other people in connection with the VVIP chopper scam.