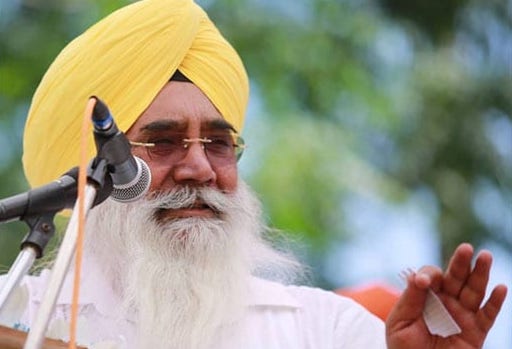 New Delhi: After an unsuccessful talk with Punjab Democratic Alliance over seat sharing in the upcoming Lok Sabha election, a breakaway outfit from the Shriomani Akali Dal, the Shiromani Akali Dal (Taksali) has decided to join hands with the Aam Adami Party to contest general election in Punjab. The state has 13 Lok Sabha seats.

Secretary general of SAD (Taksali) Sewa Singh Sekhwan has confirmed the development saying, “We have successfully held talks with the AAP (regarding the tie-up) for contesting the Lok Sabha elections in Punjab. In a day or two, we will formally make announcement in this regard.”

“Through the third front, we want to give an alternate to people of Punjab in the coming elections,” he added.

AAP senior leader Harpal Singh Cheema has also confirmed that both the parties have agreed to enter into the alliance. The decision regarding seat sharing will be announced in couple of days, he said.

The talks between PDA and Shiromani Akali Dal (Taksali) failed over the sharing of Anandpur Sahib seat, where PDA was insisting to offer this seat to the Bahujan Samaj Party, however, the SAD (Taksali) wanted to field its candidate Bir Devinder Singh.