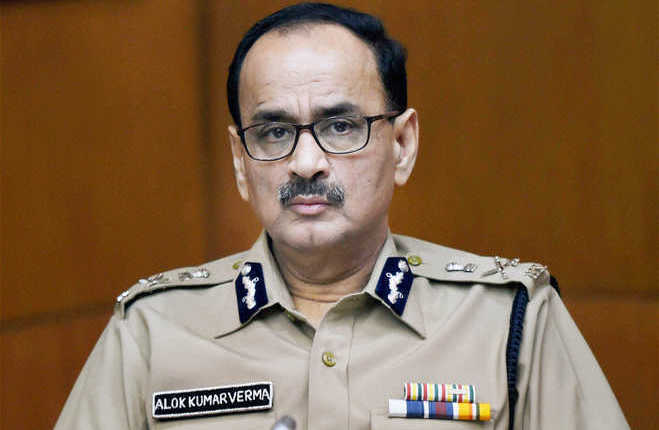 New Delhi: Alok Verma, the former director of the Central Bureau of Investigation, who was ousted by a high-level selection panel headed by the prime minister, on Thursday, refused to take his new posting as director general of Directorate General Fire Services, Civil Defence & Home Guards. Instead, he “retired” from the Indian Police Service.

In a letter to the department of personnel and training secretary, C Chandramouli, Verma said: “The selection committee has not provided the undersigned an opportunity to explain the details as recorded by the CVC before arriving at the decision. Natural justice was scuttled and the entire process was turned upside down in ensuring that the undersigned is removed from the post of the Director CBI. [sic.]”

He also said the decisions made by the high-powered selection panel, which comprised Prime Minister Narendra Modi, Supreme Court senior judge Justice AK Sikri and Congress party leader in Lok Sabha Mallikargun Kharge, on Thursday, will not just be a “reflection on his functioning” but will become a “testimony on how the CBI as an institution will be treated by any government through the CVC, who is appointed by majority members of the ruling government”.

Verma then wrote about him quitting service by saying he “would have already superannuated as on July 31, 2017” and “has already crossed his superannuation age for DG, Fire Services, Civil Defence & Home Guards. Accordingly, he may be deemed as superannuated with effect from today (Friday).”

The internal war between Alok Verma and his deputy Rakesh Asthana in the CBI reached the Supreme Court after the government removed both of them dramatically in a midnight order in October last year. Verma’s removal by the selection panel was an anticlimax as it came within 48 hours of the Supreme Court order reinstating him as the CBI chief. 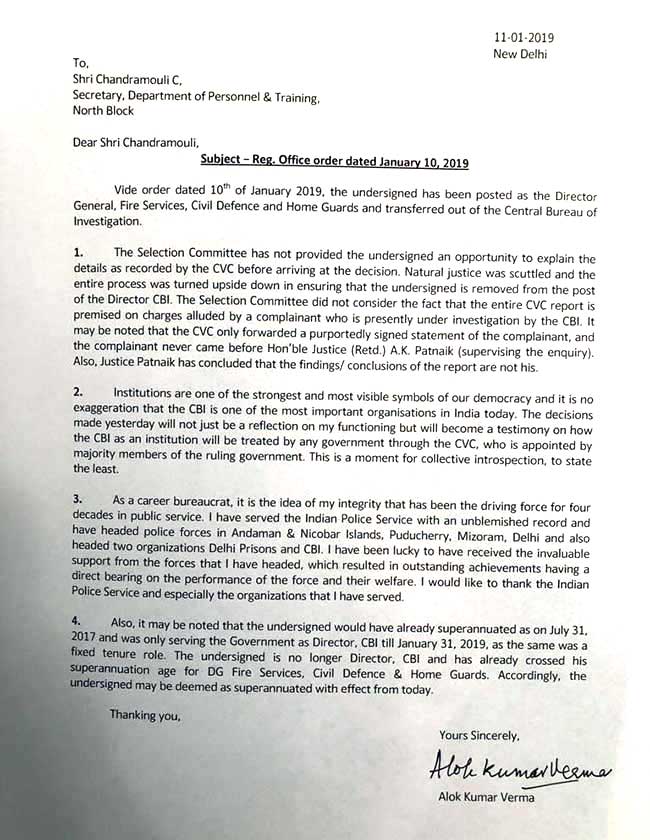