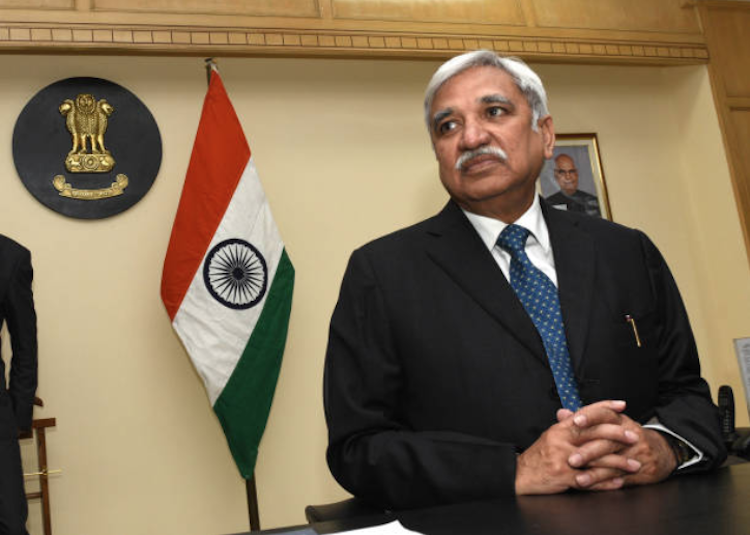 Amid the allegations made by a US-based self-proclaimed “cyberexpert” from India, Syed Shuja, that electronic voting machines were hacked in the 2014 general election, the chief election commissioner, Sunil Arora, on Thursday, said there’s no question of reintroducing ballot papers and the Election Commission “will not be intimidated, bullied or coerced into giving up EVMs”.

Arora said, “I would like to make it very clear that we are not going back to the era of ballot papers. We will continue to use EVMs and VVPATs (voter-verifiable paper audit trails). We are open to any criticism and feedback from any stakeholder, including political parties. At the same time, we are not going to be intimidated, bullied or coerced into giving up these and start era of ballot papers.”

Senior BJP leader Ravi Shankar Prasad, on Tuesday, called these allegations of tampering EVMs in 2014 Lok Sabha election is a “political stunt” and a “Congress-sponsored conspiracy” to “defame” India. Prasad slammed Congress and said the party has already started looking for an “alibi” ahead of its “certain defeat” in this year’s general election.

Senior Congress leader Anand Sharma hit back on BJP’s allegations and suggested the Election Commission to check at least 50 per cent of VVPAT to assuage apprehensions of opposition parties on EVMs.

The BSP chief Mayawati has also demanded the use of ballot paper in the upcoming Lok Sabha Elections. And SP chief Akhilesh Yadav and Andhra Pradesh chief minister Chandrababu Naidu also supported the thought of it.