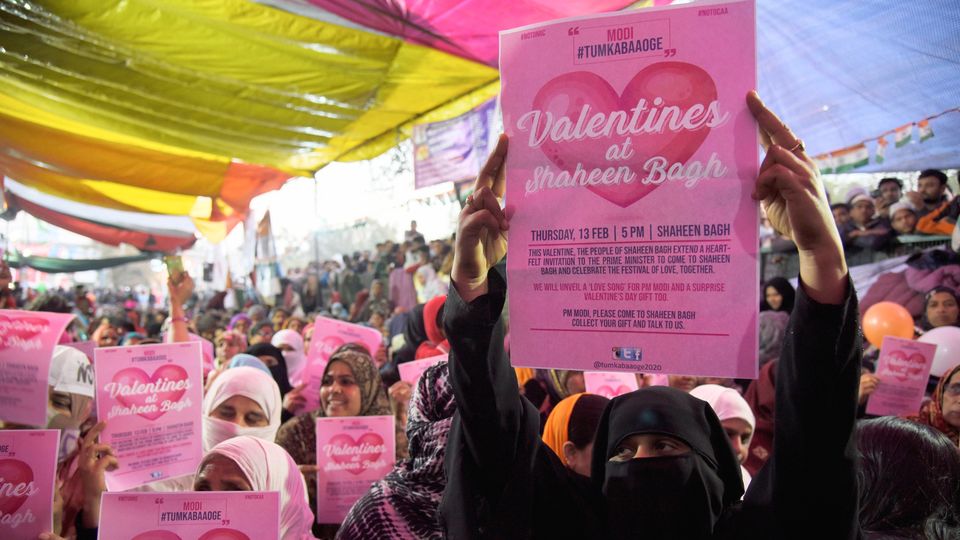 New Delhi: The women-led protest against the Citizenship (Amendment) Act and National Register of Citizens, which started at Delhi’s Shaheen Bagh on December 14 and has been growing in size and attention ever since, swelled on Friday as thousands of citizens, including artists and activists joining the protesters at the venue. The protesters invited the prime minister, Narendra Modi, to come and meet them at Shaheen Bagh.

The protesters have promised to unveil a “love song” for Modi and also give him a “surprise gift”. Posters at the venue and e-flyers circulating on social media platforms read: “PM Modi, please come to Shaheen Bagh, collect your gift and talk to us.”

The protesters at Shaheen Bagh have pitched a tent on the key road that links Noida to southeast Delhi via the Kalindi Kunj bridge. Officials say around 1.75 lakh vehicles ply on the road every day.

Several hundred people from other states, especially from Punjab, have joined the protesters demanding the repealing of the CAA and the NRC, which includes dozens of elderly men and women from farming communities. Volunteers, including Sikhs, have set up community kitchens, and are distributing food packages to the protesters there. Artists, such as poets and singers, have also been performing at the venue site.

Anti-CAA-NRC protests are held across the country at this moment, in which the Shaheeh Bagh protest has become the most prominent of them all. And as things look at this moment, the protest at Shaheen Bagh is not going to end soon.