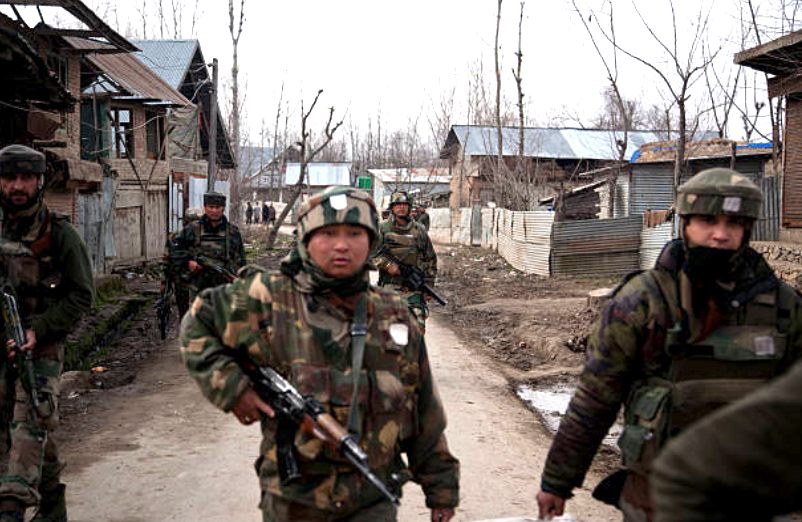 Army soldiers during an anti-terror operation in Kashmir.

New Delhi: The Indian Army will eliminate anyone who picks up a gun in the Kashmir valley. This was said by the commander of the Srinagar-based 15 Corps, which is also called Chinar Corps, on Tuesday.

While addressing the media, on Tuesday, after Monday’s Pulwama encounter, which followed days after the deadly suicide attack by the Jaish-e-Muhammed in the same area on a CRPF convoy, Lieutenant General Kanwal Jeet Singh Dhillon said, “In a Kashmiri society, mother has great role to play. Through you, I would request the mothers of Kashmir to please request their sons who've joined terrorism to surrender and get back to mainstream. Anyone who has picked up gun will be killed and eliminated, unless he surrenders.”

Dhillon claimed the JeM was a “child” of the Pakistani Army and they, as well as the ISI, had a role to play in the February 14 attacks and said, “We were tracking down top leadership since the attack. It was being controlled from across by ISI and Pakistan and JeM commanders.”

He also said, “I would like to inform that in less than 100 hours of Pulwama terrorist attack, we have eliminated JeM leadership in the valley which was being handled by JeM from Pakistan.”

Three Jaish terrorists, including two top commanders believed to be behind the Pulwama terror attack, were killed in Monday’s encounter. The encounter also saw one Army major and four soldiers killed in action. One civilian also dies in the crossfire during the encounter.

The Army will keep its options open in dealing with the car bomb attacks and the security forces urged the families for dissuading their sons from picking up arms.