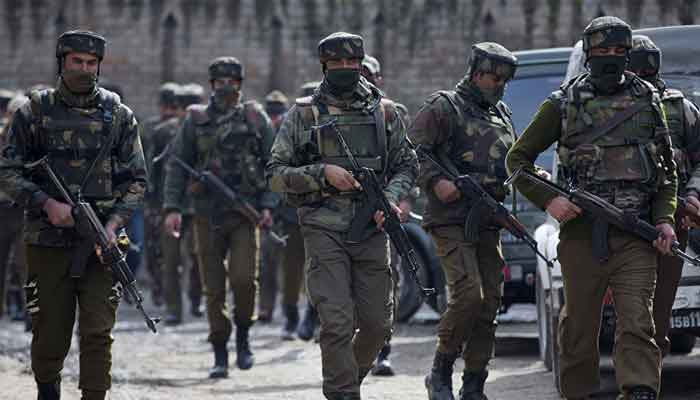 Tens of thousands of troops were deployed in J&K before the announcement to modify Article 370 and move to bifurcate the state.

New Delhi: Amit Shah, the Union home minister, announced in Rajya Sabha, on Monday, that the special status given to the state of Jammu & Kashmir has been scrapped after modifying Article 370 of the Constitution through a presidential order. The order, signed by President Ram Nath Kovind, has not scrapped the Article 370, but used the same article to withdraw the special status given to J&K through it.

This means, while the Article 370 still stays in the Constitution, its modification means that the special status given to J&K stands null and void with the full force of the Indian Constitution is enforced in J&K, just like any other territory under the Union of India.

The Article 370 exempted Jammu & Kashmir from the Indian Constitution (except Article 1 and Article 370 itself). It also allowed the J&K assembly to draft its own constitution and make its own laws while restricting Parliament’s legislative powers in the state. New Delhi only had the final say in matters of defence, foreign affairs and communications in Jammu & Kashmir. Even the Indian Penal Code was not applicable in the state, which had its own penal code – the Ranbir Penal Code.

Since the presidential order has extended all the provisions of the Indian Constitution to Jammu & Kashmir, the “Fundamental Rights” of the Constitution is enforced. This means the discriminatory provisions of Article 35A have now become unconstitutional.

Presidential order to scrap #Article370 and also reorganise the state with #Jammu and #Kashmir to be a Union Territory with Ladakh region separated out #35A @ajitanjum pic.twitter.com/z9pC2XxxWF

Amit Shah, while allaying opposition fears of the situation spiralling out of control in the Kashmir valley and possible international fallout, said, “Nothing will happen (to Kashmir) … it won’t be allowed to turn into another Kosovo.” He further said, “It (Kashmir) was ‘heaven on earth’ and will remain so …”

Shah also said Article 370 was the biggest hurdle to normalcy in the state. He said, “… Terrorism can’t be eliminated from J&K with Article 370 and Article 35A are in place,” adding that the current government was committed in making J&K the “most developed state in the country”.

He said “full statehood of J&K would be restored” at an “appropriate time” after “normalcy” returns in the terror-hit valley.

Shah said over 41,000 people have been killed due to terrorism in J&K and asked who should be held responsible for that. Without naming the Peoples Democratic Party, National Conference and the Congress, Shah said rule of three families in the state during their 70 years since independence did not allow democracy to take hold in the state. He also said these families allowed corruption to flourish in the state.

The home minister said Article 370 was a temporary provision and can’t be allowed to continue.

The Rajya Sabha passed the bill to bifurcate the state with 125 members voting in favour and 65 against it. One member abstained from voting. The Trinamool Congress, which opposed the bill walked out.

Interestingly, the AIADMK, BSP, NCP and YSR Congress voted in favour of the bill.

Maps of The Union Territories of Jammu & Kashmir and Ladakh (Proposed) https://t.co/rIM5GJ81bs pic.twitter.com/7dZB0SdJY1

Earlier, on Sunday night, several Kashmiri political leaders, including former chief ministers Omar Abdullah and Mehbooba Mufti, were put under house arrest even as the Centre pumped more troops to boost the security in the state, especially the Kashmir valley. Tourists were asked to leave the state and the Amarnath yatra had been put on hold.

The Centre had been steadily sending thousands of additional paramilitary personnel in the state, which triggered speculations that the Narendra Modi government was going to announce something big on Jammu & Kashmir.

As an additional security measure, internet and mobile services were blacked out in many parts of J&K prior to Monday’s announcement.

Meanwhile, Pakistan reacted sharply as India modified the Article 370 and made the Article 35A unconstitutional along with bifurcating the state. The Pakistani foreign office, in a statement, said: “Jammu & Kashmir is an internationally recognized disputed territory whose disputed status can’t be changed by the Indian government unilaterally.”

The Pakistani foreign minister, Shah Mahmood Qureshi, said Pakistan would request and appeal to the United Nations, Organization of Islamic Cooperation and other friendly countries and human rights organizations to raise this issue. Qureshi also said, “We intend to firmly highlight our stance in our meetings with the US delegation visiting Pakistan and with the international community at large.”

The Pakistani president, Arif Alvi, summoned a joint session of the country’s parliament, on Tuesday, to “review the tense situation in Jammu & Kashmir and along the line of control”.

The joint parliamentary meeting will also suggest Prime Minister Imran Khan’s government a plan of action to deal with the fallout of New Delhi’s decision.

In the meantime, Pakistan’s all-powerful army chief General Qamar Javed Bajwa has called for a meeting of the corps commanders and discuss the security situation. Apart from this, the Parliamentary Committee on Kashmir would meet in Islamabad to discuss the latest situation.

Clashes erupt in northwest Delhi over CAA, many injured