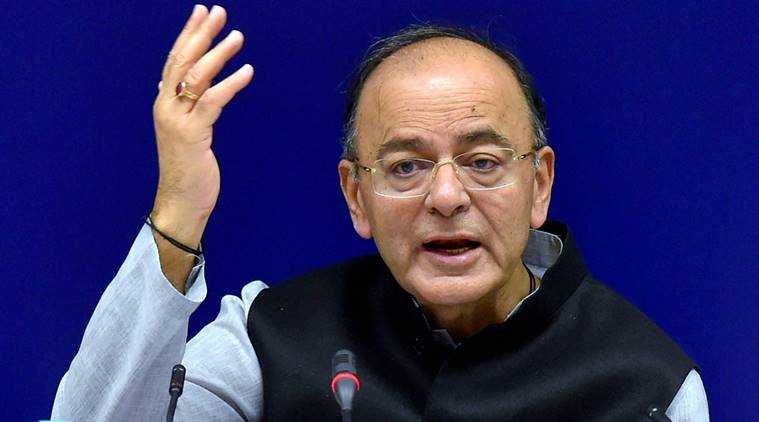 Jaitley, on Facebook, wrote: “It was the UPA which, during 2008-2014, indiscriminately lent money through banks to these 15 defaulters. Congress president prefers the Goebbelsian traditions to say the exact opposite.”

On his post, Jaitley also raised questions on the Congress leader’s wisdom. He wrote: “Why does he (Gandhi) believe that (Rs) 2.5 lakh crore of bank loans have been waived? Is it because of his inability to understand that where performing asset is not serviced by the debtor, after ninety days it becomes non-performing asset. … For a president of a national party not to understand this basic procedure of bank functioning should be a matter of concern to the entire party as also the country. In dynastic parties, political positions are heritable. Unfortunately, wisdom is not heritable. It has to be acquired through learning.”

Jaitley also posted the same on his Twitter timeline.

Surjewala took to Twitter again on Thursday to attack Jaitley for his post against Gandhi and wrote: “When you abuse and berate the Congress leadership, even Supreme Court and many others by distorting facts, it is ‘political discourse’ for you, but when you are shown the ‘mirror of truth’ with hard facts, you get ‘unnerved’ and call it ‘abuse’? Politics of Convenience? [Sic.]”

Jaitley hit back, saying, “... surely the journey from India being part of the ‘fragile five’ and ‘policy paralysis’ to the world's fastest growing economy could not be result of economic mismanagement - Another case of ignorance. [Sic.]”

Surjewala responded by saying: “Exports are in free fall, promise of 2 crore jobs is a ‘Jumla’, NPA’s are soaring to Rs 10 lakh crore, investment is down, banks are paralysed and ‘loot scams’ a norm, GST flawed, schemes failing! Isn’t this Economic Mismanagement? [Sic.]”