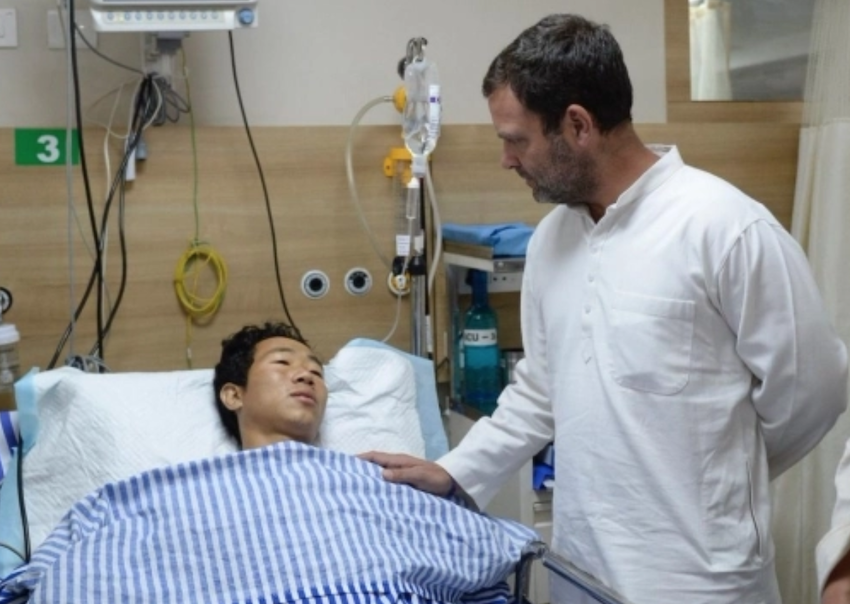 Rahul Gandhi during his meeting with one of the two injured men in Guwahati.

New Delhi: After four days of violent protests against the Arunachal Pradesh government’s PRC move, the state police reported that there was no violence, on Monday, but shops and market establishments in Itanagar and Naharlagun were closed. Internet services also remained suspended where a curfew is in force.

Arunachal Pradesh have witnessed massive violence since 21 February against a joint high-power committee’s recommendation to grant permanent resident certificates to the six non-native communities of the state – deoris, sonowal, kacharis, morans, adivasis and mishings. In the violence, at least 4 people were killed and scores were injured.

Congress president Rahul Gandhi, who was in the state for a rally, travelled to the hospital soon after landing at Guwahati’s Lokpriya Gopinath Bordoloi International Airport to visit the two youths who were injured in the Arunachal Pradesh violence.

The doctors also informed Gandhi that both the patients were undergoing treatment for compound fractures and while talking to them, he said, “The doctors here are looking after them properly ... Don't worry”.