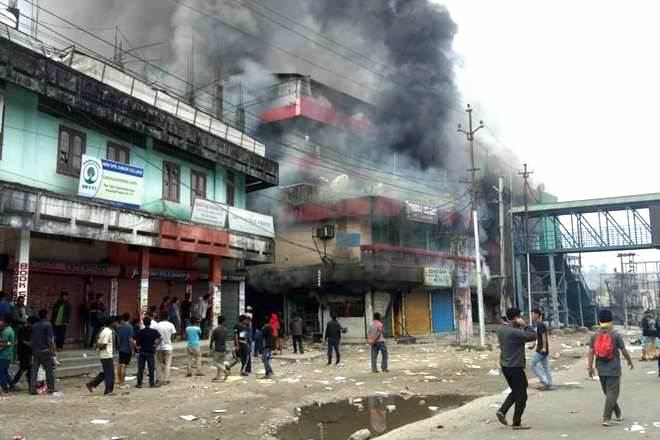 New Delhi: The violent protests against the issue of permanent resident certificate, which started on Friday, in Arunachal Pradesh’s capital, Itanagar, continued, on Sunday, as hundreds of protesters set the house of deputy chief minister Chowna Mein on fire and clashed with the security forces in their attempt to attack the residence of the chief minister. Three protesters were killed when security forces opened fire on them near the CM’s bungalow.

Another protester was killed and two others were critically injured when the police opened fire a mob set a police station on fire. Following the violent incidents the state administration to call out the Army and impose prohibitory orders.

This comes despite the chief minister, Pema Khandu, clarified that his government was not going to give PRCs to six non-Arunachalese communities. Khandu said for peace and tranquility in the state, his government has dropped the PRC issue in Namsai and Chamlang districts.

For the peace & tranquility of our state, Government has already dropped the PRC matter of Namsai & Changlang districts.

Arunachal Pradesh Congress Committee president Takam Sanjay demanded the imposition of president’s rule in the state while blaming Union minister of state for home, Kiren Rijiju, chief minister Pema Khandu and his ministers for the current situation in the state.

Rijiju, while accusing the Congress of “instigating” people of the state to protest against the move to grant PRC to six communities, said Khandu has clarified that the state government was not bringing the bill on PRC but only tabling the report of the Nabam Rebia-led committee consisting of members and student organizations.