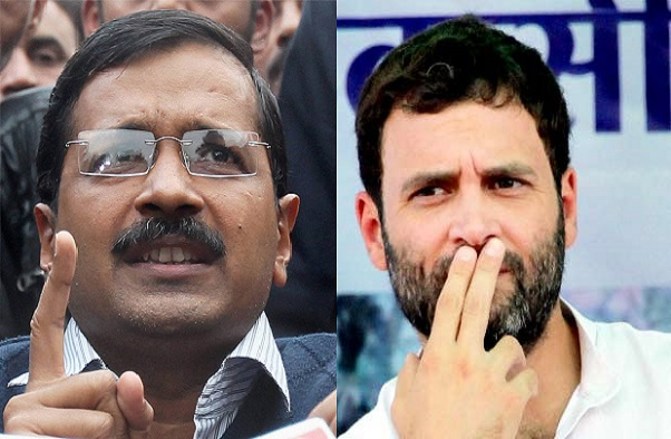 New Delhi: Aam Aadmi Party leader and Delhi chief minister Arvind Kejriwal, on Monday, put an end to days of speculation over AAP and Congress alliance in Delhi. He claimed the Congress president, Rahul Gandhi, has refused to forge an alliance with his party for the Lok Sabha election.

While speaking to reporters, Kejriwal said he had met Gandhi recently and he had refused to join hands with the AAP. And replying over Congress’s Delhi unit president Sheila Dikshit’s comment that she was never approached by AAP for a tie-up, he said, “We have met Rahul Gandhi. Dikshit is not that important a leader.”

He further said, “There is nothing on the alliance with Congress. We had one meeting with Rahul Gandhi, where he refused to have an alliance with AAP.”

Over past few weeks AAP has expressed their wish to ally with the Congress in Delhi to put up a stronger fight against the BJP. But the party reportedly was not ready to set aside more than two of Delhi's seven seats for the Congress, which had won all seven seats in Delhi in 2009 but was wiped out in the Modi wave of 2014.

A party source has reportedly said, “The biggest question is how the Congress will face the AAP in Assembly elections due in 2020 after the tie up. Also, the party does not gain much politically as it is being offered only 2–3 seats by Mr Kejriwal.”

The talk of alliance started by the fact that the Congress and AAP had jointly polled more votes than the BJP that had walked away with all the seven seats in the national capital in 2014.