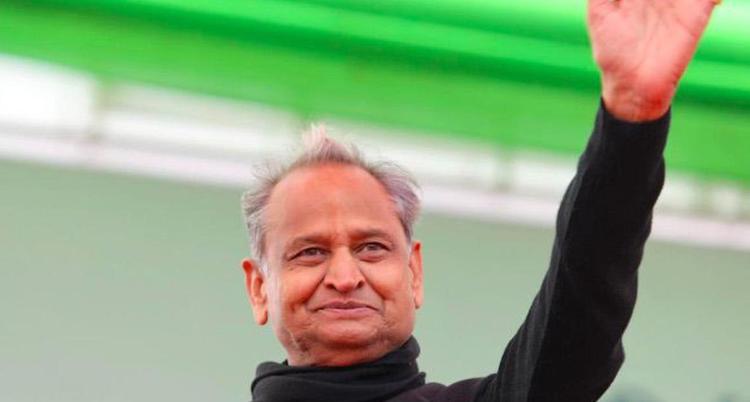 New Delhi: Veteran Congress leader Ashok Gehlot has been sworn in as chief minister of Rajasthan and the state Congress chief Sachin Pilot, who was also the chief ministerial candidate before Gehlot joined the poll fray, has taken the oath as deputy chief minister, on Monday. The oath taking ceremony was taken place at the Albert Hall in Jaipur.

Both Gehlot and Pilot were administered the oath of office by governor Kalyan Singh.

Gehlot has become CM of Rajasthan for the third time. Earlier, he has served as CM in the years 1998–2003 and 2008–2013. Interestingly, there were alternate terms of the Bharatiya Janata Party leader Vasundhara Raje and Ashok Gehlot as chief minister of Rajasthan in the last few years.

Rahul Gandhi, while thanking people of Rajasthan, has tweeted that it is an honour for the party to serve Rajasthan and they will fulfil all their responsibilities. In his tweet, he said: “Thanks to the people of Rajasthan for believing in the Congress. Congratulations to the leaders and workers of the Congress for the success of their struggle.”

Both Ashok Gehlot and Sachin Pilot were in the race for the top job in the state. They had rounds of meeting with Rahul Gandhi in Delhi before the party president choose experienced Gehlot over young Pilot for the job.

The Congress has defeated the BJP in Rajashtan, Madhya Pradesh and Chhattisgarh in the recent assembly elections. The party has won 99 seats in Rajasthan, only one seat short of majority. The Bahujan Samaj Party and the Samajwadi Party have extended support to Congress to form the government in the state.