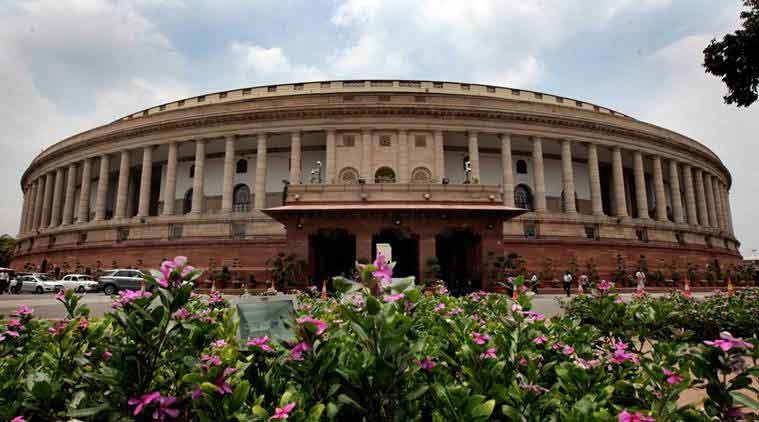 Parliament of India at New Delhi.

New Delhi: The release of the final draft of Assam’s National Register of Citizens (NRC) has got the opposition in war mode against the BJP-led Narendra Modi government at the Centre. The draft, released on July 30, saw 40 lakh people, who applied for their names to be included in the list, left out of the citizens’ database.

Although the government assured that none of those would be sent to detention camps or be referred to the foreigner tribunal, members of the opposition parties raised the issue vociferously in Parliament, which led to the adjournment of the Rajya Sabha on Tuesday. BJP president Amit Shah’s remark that Congress did not have the “courage” to implement the NRC despite signing the Assam Accord in 1985 led to an uproar by the opposition.

Earlier on Monday, Congress, Samajwadi Party, and Trinamool MPs protested throughout the day’s session allowing the Upper House to function for just 14 minutes.

In the Lok Sabha, ignoring home minister Rajnath Singh’s call not to “politicize a sensitive issue”, MPs from Congress, CPM, SP, and TMC slammed the Modi government for releasing the NRC list. They said the “human and democratic rights of the 40 lakh people were at stake.”

West Bengal chief minister and Trinamool supremo Mamata Banerjee led the opposition charge outside Parliament. She accused the Modi government of “turning citizens into refugees” and “targeting people from Bengal and Bihar”. Insinuating that the names of 40 lakh people were deliberately excluded from the Assam NRC, she said it was designed to “forcefully evict” them to “suit the interests of the BJP” ahead of the 2019 Lok Sabha election.

Banerjee also said her government would consider providing shelter on “humanitarian grounds to people who enter Bengal from Assam”.

Reacting to Banerjee’s statements, BJP’s in charge of Bengal, Kailash Vijayvargiya, said “illegal migrants from Bangladesh” in the state should also identified. He said, “The number could run into crores in West Bengal. The youth in Bengal want to identify the illegal migrants from Bangladesh as they are facing several problems like unemployment and law and order issues.”

Vijayvargiya got the backing of the BJP chief of West Bengal, Dilip Ghosh, who said a similar list would also be made in the state if his party is voted to power there. Ghosh said, “If we are voted to power in Bengal, we will also implement NRC. We will send back illegal residents who have taken shelter in the state,” adding, “those who will support them will also be thrown out.”