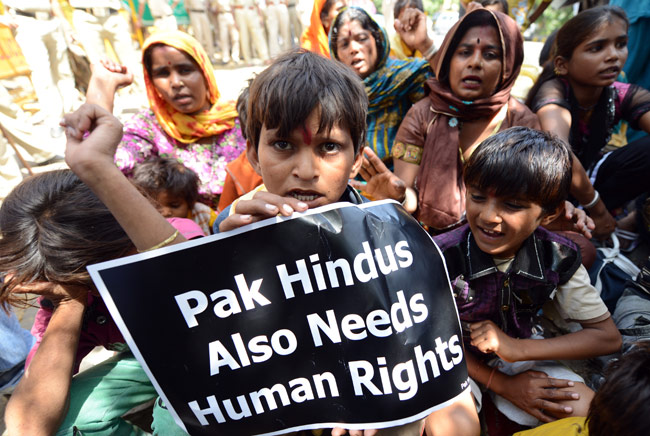 New Delhi: The Assam Sanmilita Mahasangha has criticized the government over its notification on allowing some district collectors of seven states to grant citizenship to minorities from neighboring countries, including Bangladesh and Pakistan.

In 2016, eight prominent activists of ASM filed a petition before the Supreme Court challenging the Centre’s September 2015 notification, which initiated an ordinance for amending the Citizenship Act. The Citizenship Amendment Bill 2016 allows the sheltering of undocumented religious minorities, including Hindu, Sikh, Christians, Jains, Buddhists and Parsis from Bangladesh and Pakistan, if they seek refuge citing religious persecution in their home countries.

According to media reports, ASM working president Motiur Rahman said, “Religious minorities from Bangladesh staying in Assam can also apply online for citizenship. This is a way of giving citizenship to non-nationals even as the Citizenship Amendment Bill 2016 is still being reviewed by a joint parliamentary committee.”

The September 2015 notification has exempted minorities from rules under the Passport (Entry into India) Act, 1920 and the Foreigners Act 1946, which allows them to enter India and seek refuge without any valid document. The latest notification of October 2018 has granted district collectors of Chhattisgarh, Gujarat, Madhya Pradesh, Maharashtra, Rajasthan, Uttar Pradesh and Delhi to grant citizenship to minorities.

ASM has expressed concern that though Assam is not included in these seven states, the decision of the government will also affect the state too.

Currently, Assam is under a huge political controversy the release of the National Register of Citizens list in the state.