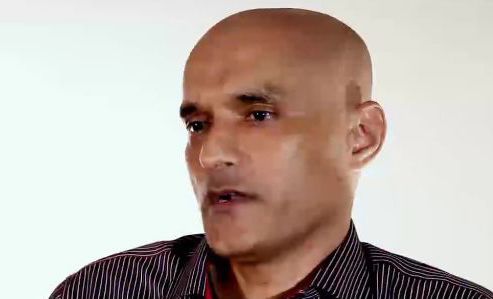 New Delhi: At the International Court of Justice, in The Hague, India argued that the Pakistan army court failed to satisfy “even the minimum standards of due process” in Kulbhushan Jadhav “espionage and terrorism” case. Under the shadow of the Pulwama terror attack, the tussle between India and Pakistan shifted to the ICJ, on Monday, where India sought the release of the former Navy officer from Pakistan’s custody.

Harish Salve, ex-solicitor general representing India, urged the ICJ to declare the continued custody of Jadhav without consular access “unlawful” as per the Vienna Convention. Salve claimed that Pakistan’s “story” was based on rhetoric rather than facts.

Salve also said, “No credible evidence was provided by Pakistan to show his involvement in any act of terrorism. Pakistan is using this as a propaganda tool. Pakistan used the confession document as propaganda. Pakistan has disrespected the Vienna Convention.”

Pakistan accused Jadhav of espionage, while India claims that Jadhav was kidnapped from Iran.

Salve said, “Article 36 of the Vienna Convention says that a country must be informed about the detention of its citizens, but Pakistan did not inform India about his arrest. Without consular access, India has no information on what happened to Kulbhushan Jadhav in Pakistan”, and added, “This quite plainly is an egregious violation of Pakistan’s obligations under Article 36 of the Vienna Convention. They at one point said they might consider it if India assisted their investigation into him being an Indian spy, asked for evidence of bank accounts, phone numbers, etc.”

In March 2016, Jadhav was kidnapped in Iran, where he was in a business trip, and brought to Pakistan where he was charged with spying and terrorism. A military court in Pakistan then sentenced Jadhav to death, in April 2017, for “spying and carrying out terror activities” inside the country.

Now, Pakistan will present its arguments before the court on Tuesday. After that, both countries will make the round of oral arguments on February 20 and 21 respectively.