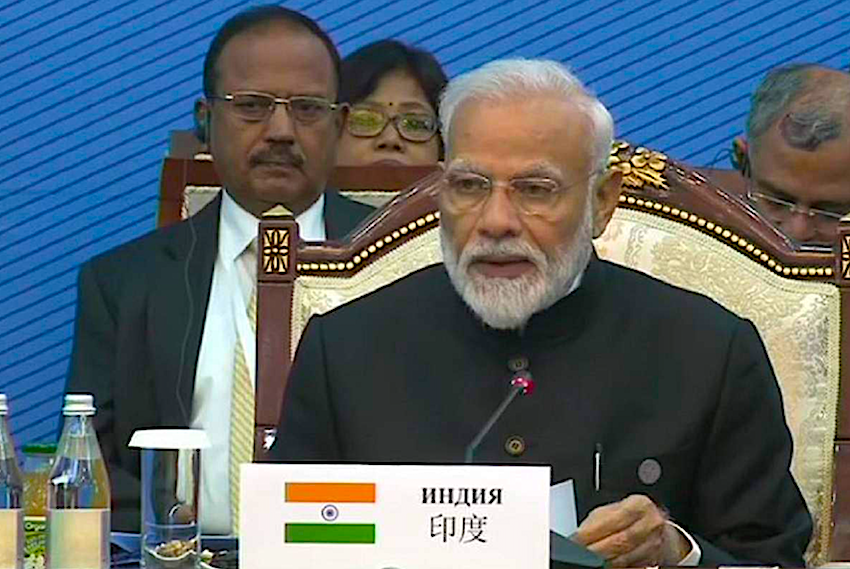 New Delhi: In his address at the Shanghai Cooperation Organization summit in Kyrgyzstan’s Bishkek, Prime Minister Narendra Modi, on Friday, said nations sponsoring, aiding and supporting terrorism must be held accountable. He added that India stands for a terrorism-free society.

In the presence of his Pakistani counterpart Imran Khan, Modi said that countries supporting or funding terrorism must be held “accountable”.

Highlighting the aim of the SCO to strengthen cooperation in the fight against terrorism, Modi called for a global conference to combat it.

He added, “During my visit to Sri Lanka last Sunday, I visited the St Anthony’s church, where I witnessed the ugly face of terrorism, which claims the lives of innocents anywhere.”

Modi also pointed to India’s contribution as a permanent member of the body and said, “India has been a permanent SCO member for two years now and has positively contributed to all its activities and continued engagements to enhance SCO’s role and credibility on the international stage.”

Modi, on the first day of the summit, held bilateral talks with Chinese President Xi Jinping, to briefly discuss Pakistan. He asserted that India’s efforts towards peace with the neighbouring country have been “derailed” as Islamabad has not created an atmosphere “free of terrorism”.