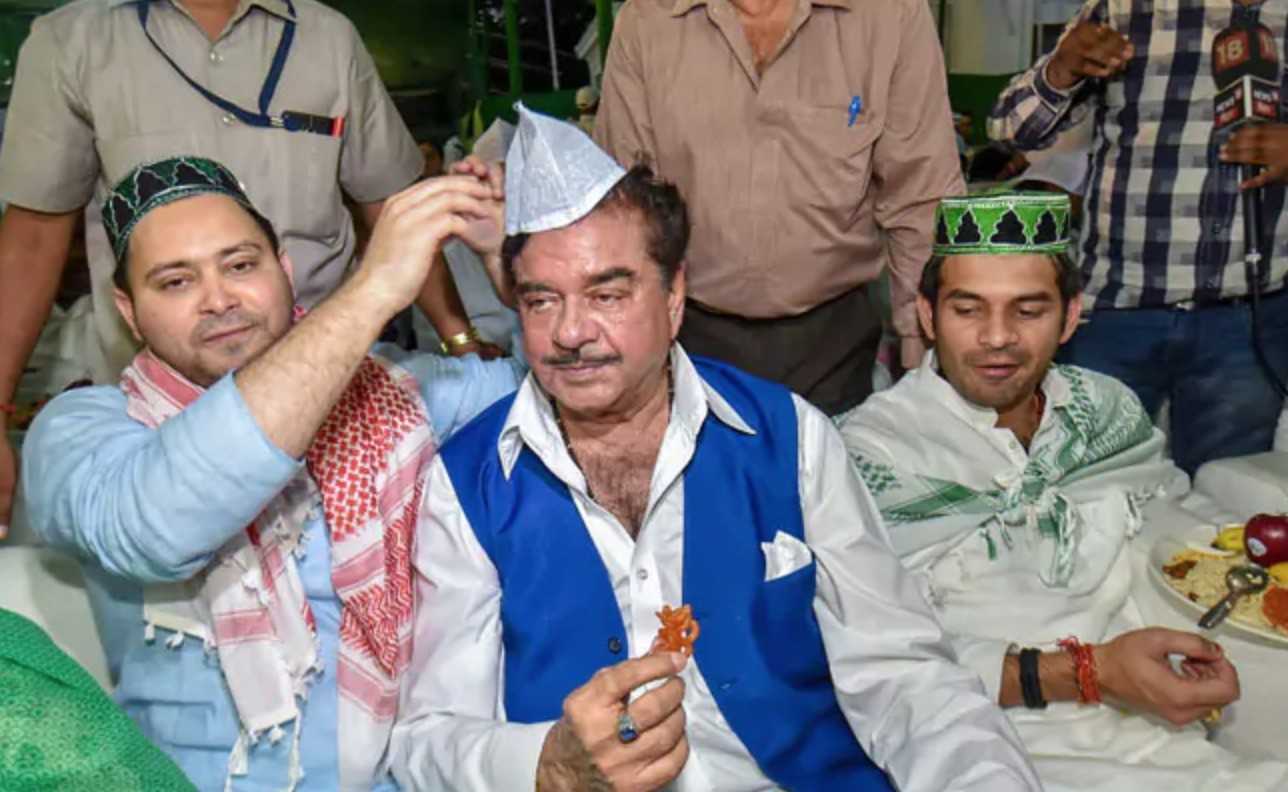 New Delhi/Patna: Shatrughan Sinha, veteran BJP MP from Patna Sahib, triggered speculations about his future political move in Patna, on Wednesday, when he attended an iftar party hosted by Tejashwi Yadav. RJD MLA Yadav is the leader of the opposition in Bihar assembly and son of RJD supremo Lalu Prasad.

Curiously, Sinha gave the iftar party hosted by BJP ally Janata Dal (United) at Haj Bhavan in the city a miss and feigned ignorance about it when reporters asked him.

Talking to reporters during the event, the BJP MP said, “(RJD supremo) Lalu Prasad is a dear friend. I’m delighted to be among my friends on an auspicious and happy occasion. Iftar parties are a part of our composite culture.” He further added that iftar only “sweetens relationships”.

Thereafter, the actor-turned-politician stunned everyone when he said he will be contesting the (future) elections on either a Congress ticket or an RJD ticket.

However, this may not have come as a big surprise to political observers. Sinha has been making remarks against the BJP government at Centre and the state in the last few months. He had been critical of Prime Minister Narendra Modi on a range of issues and made his dissatisfactions and criticisms public on social media.