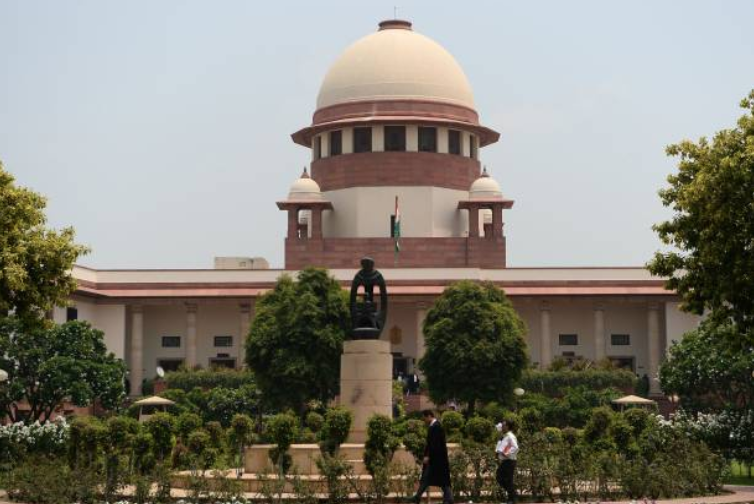 New Delhi: The Supreme Court, on Friday, while dismissing the mediation panel for failing to come up with any settlement, announced that the daily hearing of the Ayodhya Ram Janmabhoomi-Babri Masjid dispute case will be commenced from August 6. The Supreme Court had appointed a three-member mediation panel for negotiating any settlement on the long-pending Ayodhya dispute.

The five-judge Constitution bench headed by Chief Justice Ranjan Gogoi and comprising Justice Deepak Gupta and Justice Anirudhha Bose has ruled that the mediation panel could not offer any settlement in the case, therefore, the court is proceeding with the hearing of the appeal.

CJI Gogoi said, “We have received the report submitted by chairman of the committee, Justice Kalifulla. We have perused the same. Mediation proceedings have not resulted in any kind of final settlement; therefore, we have to proceed with the hearing of the appeal which will commence from August 6.”

The apex court had appointed a three-member mediation panel, on March 8, headed by former Supreme Court judge FMI Kalifulla to consult all stakeholders and try to reach a consensus settlement in the case. The Supreme Court had asked the panel to inform court about the outcome of the mediation process by August 1. The panel was also comprising spiritual guru and founder of the Art of Living foundation Sri Sri Ravishankar and senior advocate and renowned mediator Sriram Panchu.

The sources closed to the mediation panel have confessed while talking to Times of India that Jamiat Ulema-e-Hind, an organization of Islamic scholars, had objected the negotiated settlement otherwise the panel could have come to the substantial negotiation. According to the sources except Jamiat Ulema-e-Hindi and to some extend Ram Janmabhoomi Nyas, all other stakeholders were in favour of the negotiated settlement.

According to some media reports, a source who was close to mediation process said, “If Jamait Ulema-e-Hind had agreed to participate in the process for a negotiated settlement, the mediation would have ended on a happy note.” One of the factions of Jamait, Mehmood Madani-led faction was in favour of the panel, however Arshad Madani-led faction had taken a hardline stance against settlement, the source said.

“Even when the day-to-day hearing is going on, mediation can result in success and the SC will be more than happy to record the settlement to bring an end to the vexed litigation that has been going on for 70 years,” the source was quoted as saying.

As many as 14 petitions have been filed in the Supreme Court challenging the verdict ruled by Allahabad high court in 2010 ordering the 2.77-acre land in Ayodhya be equally distributed among the three parties including the Sunni Waqf Board, the Nirmohi Akhara and Ram Lalla.