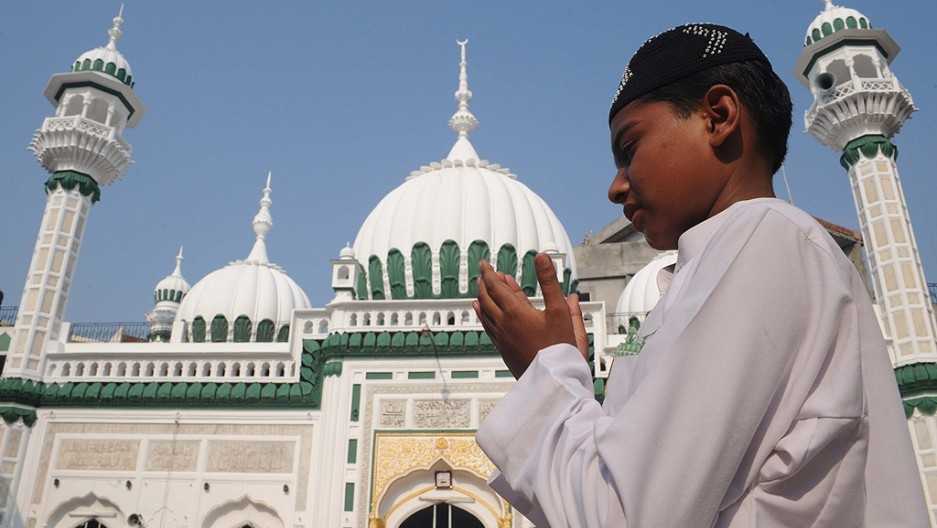 A Muslim boy praying near a mosque.

New Delhi: In the significant development, the Supreme Court declined to refer to a 5-judge bench the issue of the reconsideration of its observations in a 1994 verdict that the mosque wasn’t integral to Islam. The apex court, on Thursday, stated that the civil suit (regarding the Ayodhya land dispute) will be decided on evidence and the earlier (1994) verdict has got no relevance in the ongoing case.

During a hearing of Ayodhya land dispute, this issue had come up once again in Supreme Court.

The 3-judge bench headed by Chief Justice of India Dipak Misra delivered the verdict with a 2:1 majority. Apart from the CJI, the bench comprised Justice Ashok Bhushan and Justice S Abdul Nazeer.

Justice Ashok Bhushan, who read out the judgment for himself and the CJI, said it has to find out the context in which the 5-judge bench had delivered the 1994 judgment.

Third judge on this bench, Justice Abdul Nazeer, disagreed with the other judges and reasoned whether mosque is quite integral to Islam needs to be determined after considering religious beliefs, which needs detailed consideration.

It must be noted that the Supreme Court had made it clear in February this year that the Ram Janmabhoom-Babri Masjid case is “pure land dispute”.