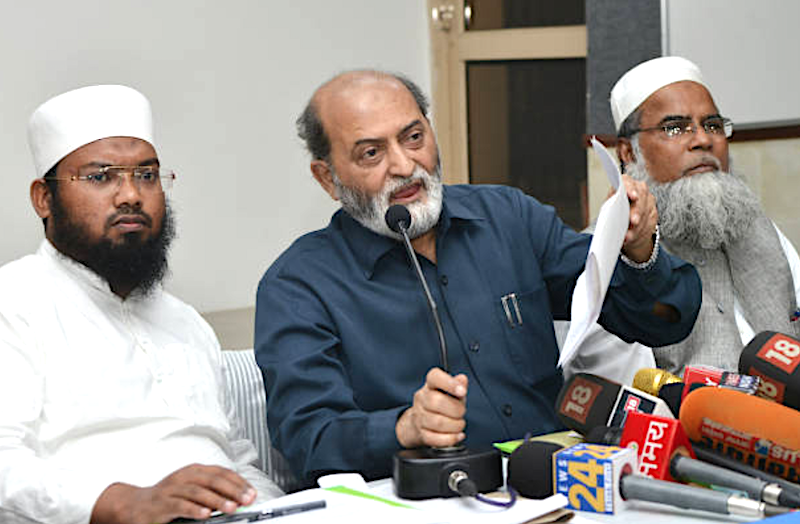 New Delhi: After the BJP ally Shiv Sena, in Lucknow, suggested that the Centre might bring an ordinance to clear the decks for a Ram temple in Ayodhya, the Babri Masjid Action Committee of the All India Muslim Personal Law Board has cautioned the Narendra Modi government against bringing such an ordinance.

Law board convener Zafaryab Jilani, in a conversation with reporters, said, “The committee was informed (by its legal cell) about the status of the (Ramjanmabhoomi-Babri Masjid) title suit. The committee has expressed its satisfaction over the legal strategy and pleading of the case (by its lawyers) in the apex court.”

He added, “If any effort is made to bring an ordinance the committee will move the Supreme Court in time to maintain the status quo.”

While giving details of committee’s discussions, Zilani said, “The present UP government is treating itself as a government of the believers of a particular religion, whereas, as per the Constitution of India, a government doesn’t belong to any religion.”

Before the general election, the Sangh Parivar had urged the government to issue an ordinance to clear the way for the temple’s construction, but Modi had said he would wait for a court verdict.

Meanwhile, at a series of meetings of the Vishwa Hindu Parishad in Ayodhya and Haridwar last week, the sadhus of the organisation had demanded that the Centre build the temple soon.