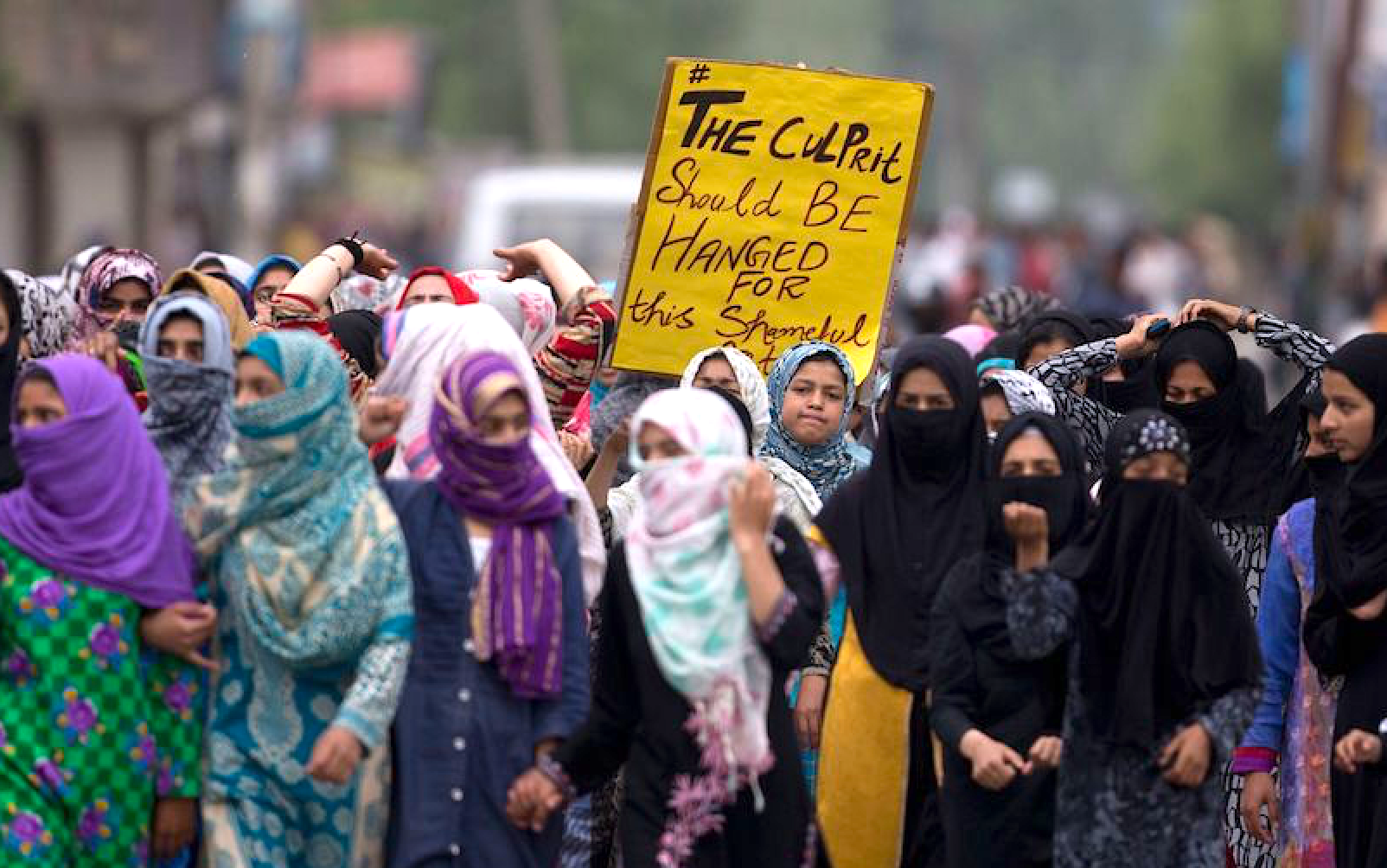 Women protesting against the rape of the child in Kashmir.

New Delhi: The rape of a three-year-old girl by a teenager has triggered massive protests across Jammu & Kashmir with protesters demanding stringent punishment against the accused who committed the crime. Considering the heinous nature of the crime, the governor, Satya Pal Malik, on Monday, ordered the police to complete the investigation in the case on a fast-track basis.

The Jammu & Kashmir Police have already constituted a special investigation team to investigate the crime and a suspect has been arrested so far. The suspect is a teenager, whose kin claim that he is a juvenile.

An official spokesman of governor said, “The governor has also directed the divisional commissioner and the inspector general of police to personally monitor the investigation.”

The spokesman also asserted that a separate inquiry has also been ordered to authenticate the age of the accused and ascertain the authenticity of the age certificate.

According to the spokesman, Malik, while expressing anguish over incident, sought a detailed report of the ongoing investigation in the case.

The police, on Monday, said the preliminary medical examination of the suspect shows that he is not a juvenile.

The spokesman further said the governor has assured the people of the valley that the administration is taking all the necessary steps to maintain public order and anybody having any grievance should contact the police control room or the Kashmir divisional commissioner’s office. He also warned the public not to to pay heed to rumours and said rumourmongers will be strictly dealt with.

The Kashmir valley observed a complete shutdown, on Monday, following a call by Ittehadul Muslimeen against the incident. Shops and other business establishments were closed while public transport remained off the road while protesters took to the streets demanding stringent punishment to the culprit. As the protests intensified, police used teargas and pellets to disperse them, which left several protesters injured. The clashes continued for several hours.

Earlier, the family of the three-year-old survivor, in their complaint, said the child was allegedly raped just before iftar (evening meal had during the Islamic holy month of Ramzan).

One of the relatives of the survivor alleged that the accused lured three-year-old girl with a candy, then kidnapped and raped her.

After the girl went missing, the family launched a search and heard her cries from a nearby school. When they rushed there, they found that the girl was lying on the floor of the school’s lavatory with her trousers pulled down.

The father, while talking to media, said “When we reached (the spot), the boy (suspect) was present there. He ran after seeing us and I asked my wife to take care of our daughter while I ran to catch him. Our daughter was in a very bad condition … (there were) chewing gums and a sachet of shampoo on the floor.”

The police have already arrested the suspect – Tahir Ahmad Mir – and has been held in custody since then. Following the arrest of the suspect, a local school tried to shield the accused by furnishing a birth certificate to show him as a minor, which the locals alleged as forged, triggering protests.