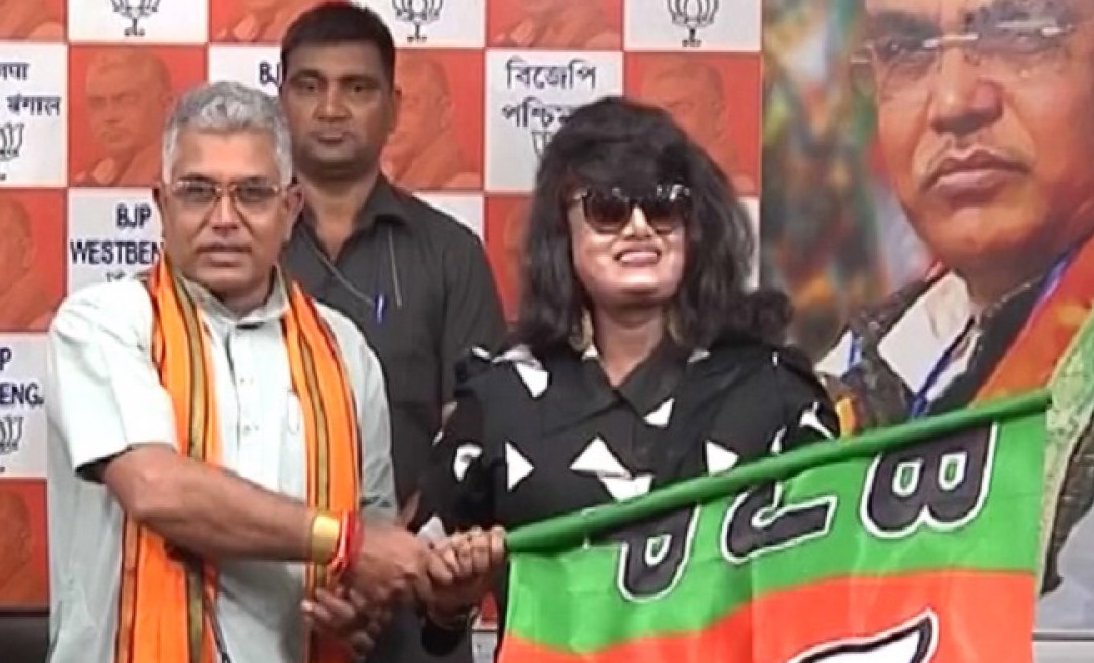 New Delhi: Renowned Bangladeshi actor Anju Ghosh joined the BJP, on Wednesday, at a party event in Kolkata in the presence of the leader of BJP in West Bengal, Dilip Ghosh. During the event, Dilip Ghosh handed a BJP flag to Anju Ghosh.

West Bengal: Bangladeshi Actress Anju Ghosh joined BJP in presence of state party president Dilip Ghosh in Kolkata, earlier today. When she was asked about her present citizenship, she denied to speak. pic.twitter.com/QfH3TaLP8b

Anju Ghosh attained superstardom in Bangladesh when her 1989 film “Beder Meye Josna” (gypsy girl Josna) became a superhit and still remains the all-time highest grosser in the country’s box office. The film was a superhit in Bengali-speaking regions of India as well, like West Bengal, Tripura and parts of Assam.

During the event, when reporters asked Anju about her citizenship status, she evaded their questions.

It may be recalled that when another Bangladeshi actor Ferdous Ahmed campaigned for Mamata Banerjee’s Trinamool Congress in West Bengal during the Lok Sabha election, the BJP protested and the home ministry promptly cancelled his visa. The Bharatiya Janata Party’s official statement on Anju Ghosh’s entry in the party is awaited.