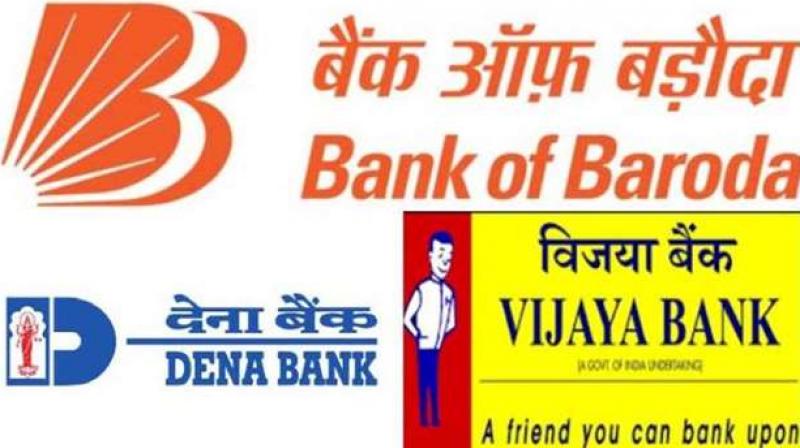 New Delhi: For the second time in a week, bank employees have called for a nationwide strike. Around 10 lakh employees have turned to streets in protest against the expected merger of Vijaya Bank and Dena Bank with Bank of Baroda.

The Centre had announced the merger of the respective banks earlier in September. The merger would create an entity with a business of about Rs 14.82 trillion and would make it the third largest bank in the country, after the State Bank of India and HDFC Bank.

United Forum of Bank Unions said, “This merger will see a large number of branches getting closed and customers will have to face hardships as already banks are burdened with the implementation of various government schemes, such as Jan-Dhan Yojana, Mudra, social security insurance, and Prime Minister’s housing scheme, among others.”

The union also claimed that even if all public sector banks are bundled into one, the merged entity cannot find a place among the top 10 globally.