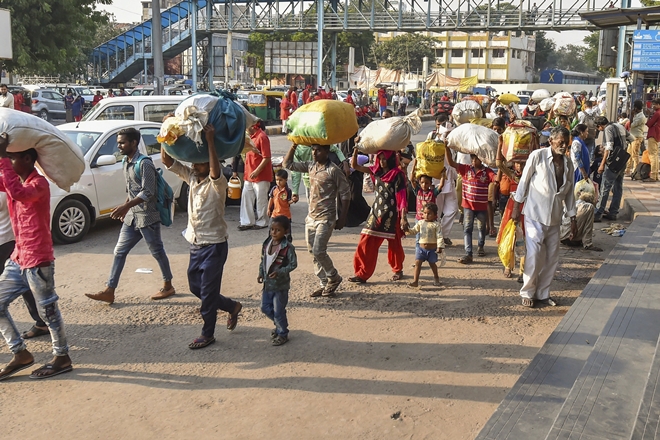 New Delhi: The Bhartiya Janata Party government of Gujarat is planning to reduce the mandatory period of residence for immigrant to become a permanent resident to two years. Currently, the mandatory period of residency is 15 years. It is said the industries in Gujarat are facing talent gap and wanted to address the issue by reducing number of years for being domicile.

The 1995 Government Resolution of Labour and Employment Department defined domicile as “persons staying in Gujarat minimum for 15 years should be considered as local residents”. The state government is planning to replace resolution 1995 with a new law.

“Each law has to define its own domicile … We are now proposing two years,” said Vipul Mittra, additional chief secretary (labour and employment department). He has also confirmed that the proposal is with legal department for review.

The proposal was floated before the anti-migrant violence started in the state after rape of a 14-month-old girl allegedly by the labourer from Bihar.

On the contrary, the chief minister of Gujarat, Vijay Rupani, has announced government to ensure 85 per cent employment of local residents by industries in Gujarat and penalties in case of violation of the new law.