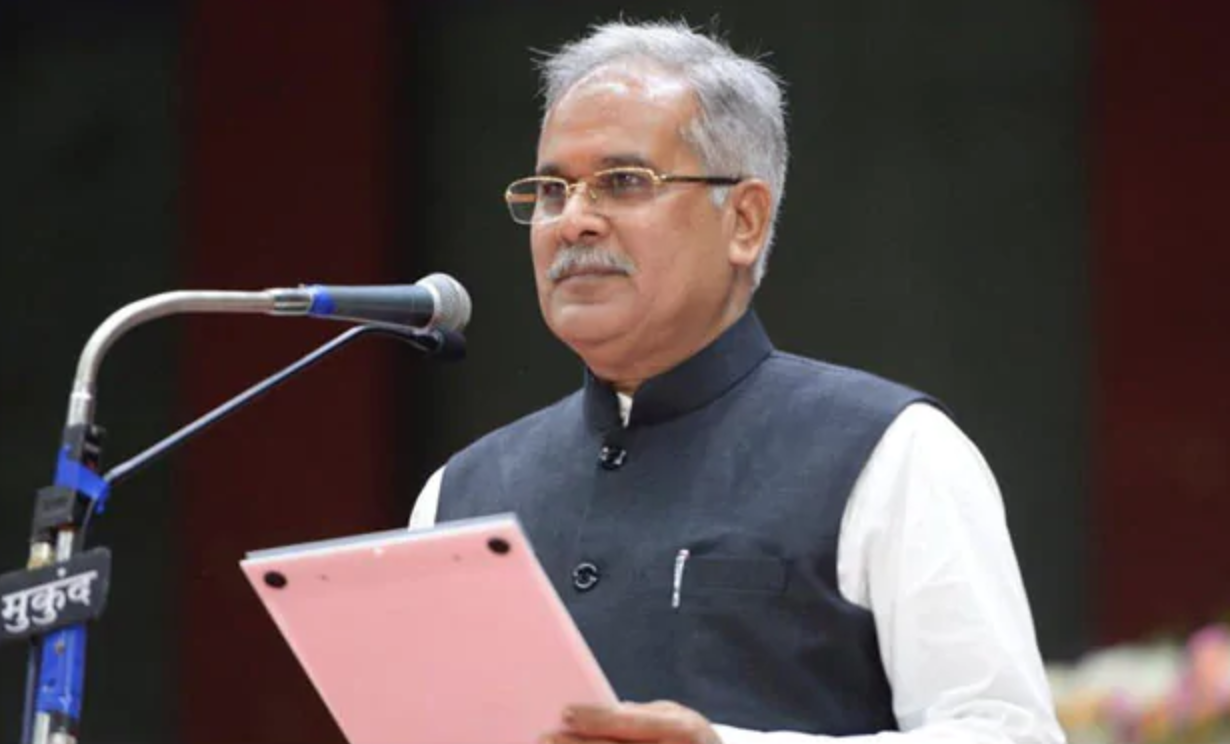 Bhopal: President of Chhattisgarh Pradesh Congress Committee Bhupesh Baghel has been sworn in as third chief minister of Chhattisgarh, on Monday. The oath-taking ceremony that was attended by top political leaders held at at Balbeer Singh Juneja Indoor Stadium in Raipur’s Budhatalab.

The Congress president, Rahul Gandhi, and former Prime Minster Manmohan Singh were present at the swearing-in ceremony. Both leaders have also attended the oath ceremonies of chief ministers of Rajasthan and Madhya Pradesh.

The outgoing chief minister Raman Singh was also present at the ceremony. He was seen sharing dais with other national leaders.

Bhupesh Baghela, 57, is leading the state unit of the Congress since October, 2014. He has served as minister of transport in Digvijay Singh’s cabinet when Singh was the chief minister of undivided Madhya Pradesh. He became first minister for revenue, public health engineering and relief work in the state.