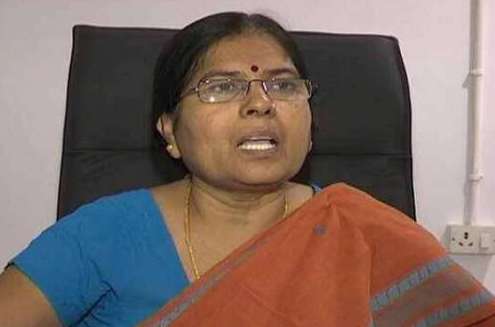 New Delhi: The Bihar government has told the Supreme Court, on Wednesday, that they are unable to trace Manju Verma, who a former social-welfare minister and one of the accused of Muzaffarpur shelter-home case.

A senior advocate for the state, Ranjit Kumar, told a Supreme Court bench that Manju Verma is on the run since her anticipatory bail was rejected by the Patna high court and the Bihar Police is unable to trace her.

The head of the bench, Justice Madan B Lokur, has expressed disappointment over the failure of state to find and arrest the accused. “A former cabinet minister goes missing and her whereabouts are not known. It is a very serious matter … Mr Ranjit Kumar all is not well in the state,” he said.

Earlier, the apex court had questioned the state government for their failure to arrest Manju Verma despite her bail plea was rejected.

The first investigation report (FIR) was registered against Verma and her husband after the recovery of 50 cartridges from their Begusarai residence during the raid by the Central Bureau of Investigation. Her husband Chnadrashekhar Verma has surrendered, on Monday, in the arms case.

Manju Verma has been representing Cheria-Bariarpur assembly constituency since 2010. She had to resign from the post of cabinet minister after her name was appeared in the Muzaffarpur shelter-home case where several women and girls were drugged and sexually abused.

The Supreme Court also ordered prime accused in the case, Brajesh Thakur, to be shifted to Patiala jail from Bhagalpur jail after the CBI, which is investigating the case, told the court that he was exerting his influence inside the jail and was using a mobile phone as well.