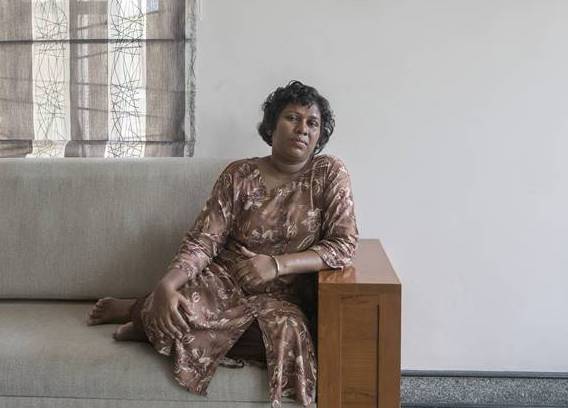 New Delhi: Bindu Ammini, one of the first two women who entered the Sabarimala shrine successfully after the landmark Supreme Court ruling, has claimed that she was exercising a constitutional right to equality while entering the temple despite the risk to her life. The ruling triggered protests across Kerala and crowds stopped initial attempts by women of menstruating age to enter the temple.

Bindu, who is a so-called low-caste woman, now has to constantly move from one place to another for her own safety and is currently separated from her family. Recently, she claimed that her mother-in-law assaulted her for entering the temple.

With the risk to her life looming over her, a defiant Bindu said, “They may attack me, they may kill me, but I feel no fear,” she said. “I am struggling for existence.”

She added, “We were not trying to start trouble. Our goal was only to visit the temple. For the next generation of women, this is motivation.”

Along with Bindu Ammini, Kanakadurga was the other woman who entered the Sabarimala shrine, in the wee hours of on January 1, under police protection. The move has led to massive protests at many places in the state. The chief priest of the temple had performed purification rite after the visit of Ammini and Kanakdurga.

Earlier, the entry of women aged between 10 to 50 was banned inside the temple of Lord Ayyappa. The Supreme Court, in October last year, has lifted the ban and ordered to allow entry of women of all ages in the temple.