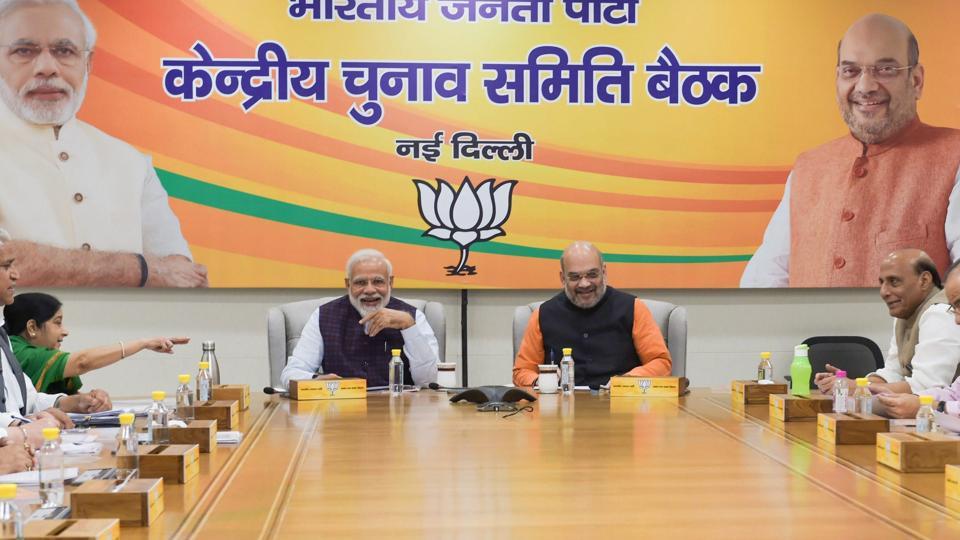 New Delhi: The Bhartiya Janta Party, on Thursday, announced its first candidate list for the 2019 Lok Sabha poll. The prime minister, Narendra Modi, will again contest from Varanasi and the party chief, Amit Shah, has replaced veteran leader LK Advani in Gujarat's Gandhinagar. The party’s first list has a total of 184 names of candidates.

Home minister Rajnath Singh will contest from Lucknow and Union minister Nitin Gadkari will contest from Nagpur, from where they both had won the last year’s general elections, while Smriti Irani will take on Rahul Gandhi from Amethi, again.

The party included candidates from several states like Tamil Nadu, Rajasthan, Uttarakhand, Uttar Pradesh, Chhattisgarh, West Bengal, Gujarat, Arunachal, Tripura. And 17 names have been finalized for Bihar, but the announcement will be made jointly with the allies.

However, in UP 6 sitting MPs were denied ticket, including Union minister Krishna Raj from Shahjahanpur. Former Union minister BC Khanduri from Garhwal and former Uttarakhand chief minister Bhagat Singh Koshyari from Nanital with Tirath Singh Rawat and Ajay Bhatt replacing them respectively.

The Lok Sabha election will begin on April 11 till May 19 across seven phases, followed by the result on May 23.